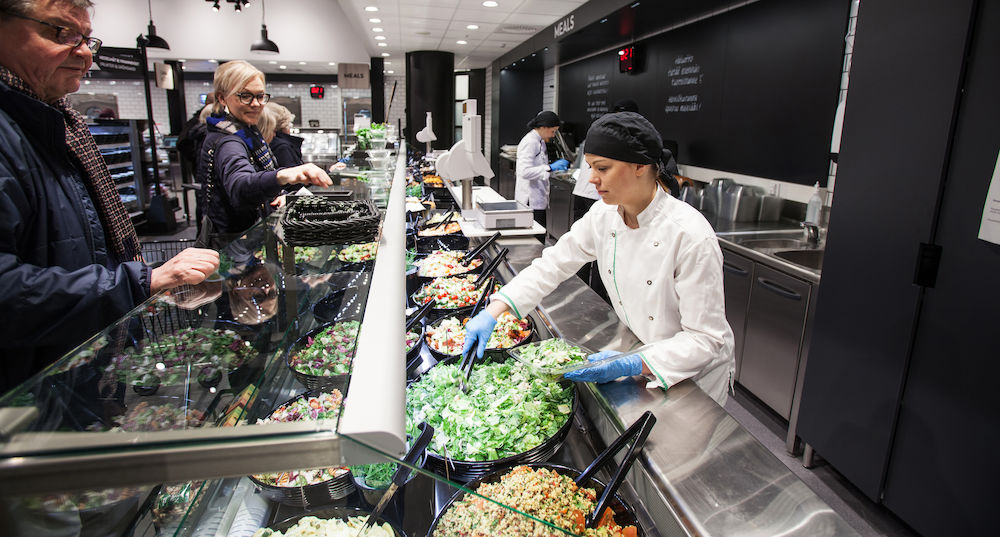 Helsinki, Finland, 2017-Jul-03 — /EPR Retail News/ — Stockmann and S Group have signed an agreement on the transfer of the Stockmann Delicatessen business operations in Finland to S Group’s regional cooperatives. The purpose of the transaction is to develop the Delicatessen stores into European top-level flagship stores.

“This is a historic moment for S Group and three of our cooperatives: HOK-Elanto, the Tampere Regional Cooperative and the Turku Regional Cooperative. Everyone in Finland is familiar with the strong Stockmann Delicatessen brand, and we hold it in extremely high regard as well,” says Arttu Laine, Executive Vice President at SOK.

“Stockmann Delicatessen is an institution and a key part of our department stores, now and in the future. We have found an excellent partner that has the willingness and resources to further develop Delicatessen in a competitive manner and to ensure that our customers will continue to have access to excellent service and selections,” says Lauri Veijalainen, CEO of Stockmann.

“A learning opportunity for S Group”

According to Laine, the integration of the Delicatessen stores into S Group would be in line with the Group’s current strategy, which was announced in 2015. S Group aims to improve its range of products and quality of service.

“And the prices will decrease,” he adds.

In accordance with its strategy, Stockmann has been looking for partners that complement the product mix at its department stores and offer new services and experiences for its customers.

“Changes in procurement and logistics operations in particular have affected Stockmann Delicatessen’s competitiveness and accelerated our search for a partner. We are confident that our customers will continue to have access to the best grocery store services in Finland,” says Veijalainen.

S Group is not allowed to participate in Delicatessen’s business operations or their development while approval from the Finnish Competition and Consumer Authority is pending. Furthermore, Stockmann cannot comment on future plans and wishes directed to S Group concerning Delicatessen.

“We want to understand Delicatessen’s customers and their hopes and thoughts. We invite them to discuss the Delicatessen of the future with us. First, we will listen very carefully, and we will engage in active dialogue once the transaction has been approved by the Competition and Consumer Authority,” says Laine.