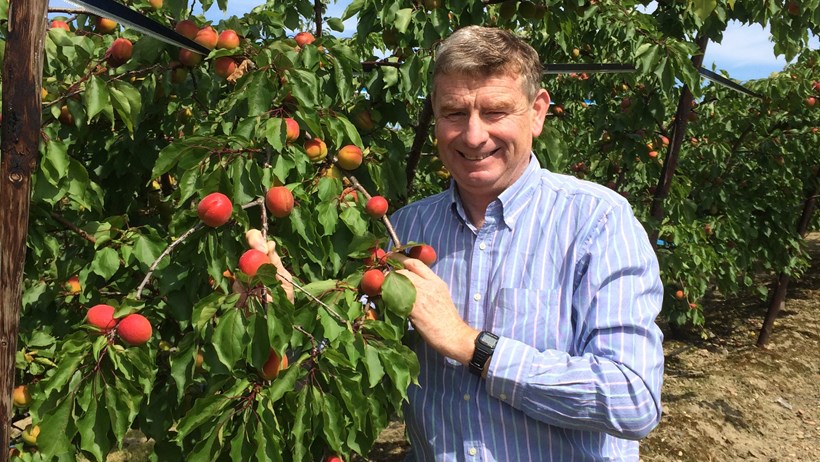 CHESHUNT, England, 2017-Jul-11 — /EPR Retail News/ — Apricot lovers are in for the sweetest of summers this year, after Tesco announced it expects a record amount of English-grown apricots to be available in its stores over the summer season.

Apricots flourish in continental climates with cold winters,  but without spring frosts. So traditionally they have grown in countries like Spain, France, Morocco, Turkey and Iran.

Tesco were the first UK retailer to start selling English grown apricots and started working on a production partnership with one of the UK’s largest stone fruit producers from Kent back in 2010.

With the first of the season’s English apricots about to hit Tesco stores this week, there’s great news with an incredible 180 tonnes expected to be picked over the summer- the largest amount ever grown in the UK.

“Apricots are fast becoming one of the summer fruits of choice across the UK. Bursting with flavour, our English apricots are really sweet, have a beautiful orange blush and are firm yet juicy – everything that a classic apricot should be.

“The English variety are every bit as good as imported apricots and joins the ranks of British strawberries, cherries, apples and pears , as some of the best quality and tasting fruit grown in the world.

“The arrival of great quality English apricots over the last few years has helped  to invigorate the demand for this stone fruit.”

In the last year UK demand for apricots has rocketed by an unprecedented 75 per cent, making it one of Britain’s most in demand fruits.

Apricot trees still need a lot of sunshine and as a result all the production at the moment is in the southern counties, with growers based either in Kent or the Isle of Wight.

Until the late noughties English apricot production was not thought possible because of our cooler temperatures.

But the arrival on the market of apricot cultivars or tree hybrids bred especially for climates like the UK’s, that would flower later in the spring, have made English apricot production possible.

Nigel Bardsley, of Bardsley Farms in Kent, a partner supplier to Tesco and the UK’s largest apricot grower said:

“This year we have had pretty much perfect growing conditions with a cool winter needed to allow the trees to rest, a warm spring and lots of summer sunshine with a bit of rain in between.”

The number of UK producers commercially growing apricots has doubled in recent years to eight.