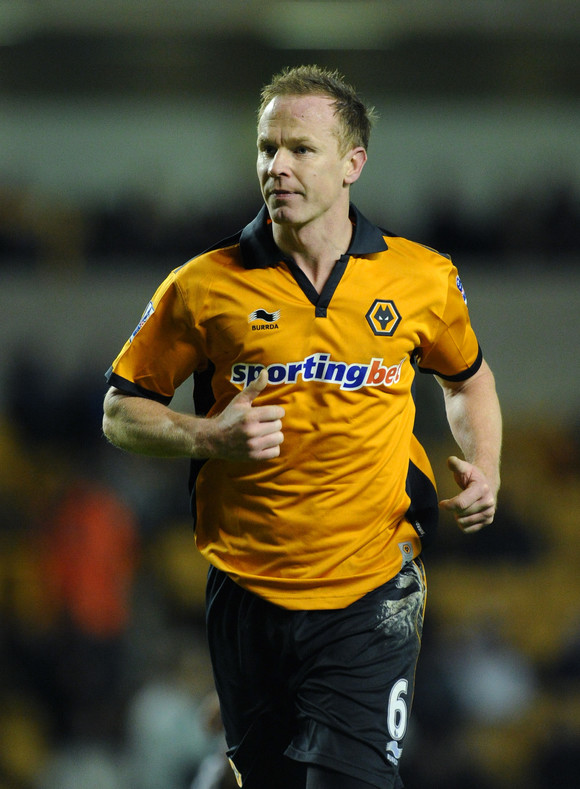 Craddock, who played for Wolverhampton Wanderers for ten years and was Captain when the team won the Championship to secure promotion to the Premier League in 2008, said: “I am really excited to kick off Debenhams Wolverhampton new store opening and see what fashions are in-store. Having worn shorts for over 20 years, I am looking forward to getting suited and booted for the event.”

Jody has maintained close links with Wolves since retirement and, an accomplished artist, has penned this season’s programme covers with sketches of club legends.  And he is now helping with search for a ‘local hero’ to  open the store alongside him.   Debenhams is searching for one deserving local resident to receive an exclusive styling session with a personal shopper before cutting the ribbon to open the store.

Speaking on the search, Jody Craddock, said: “We are asking friends, families and community members to nominate the everyday heroes of Wolverhampton who are deserving of recognition and reward ahead of the store opening.

“There are many ordinary people who do extraordinary things in local communities and we want to take time to give them the VIP treatment they deserve.”

The prize also includes a beauty makeover, in addition to £200 to spend on Debenhams exclusive ranges including Star by Julien Macdonald, J by Jasper Conran, No1. by Jenny Packham and Studio by Preen, and the leading beauty brands in the fantastic beauty hall.

Nominations are being accepted up to Friday 29th September and should include contact details for the nominee, a photograph, as well as the reasons for the nomination. These can then be sent via email to ainsley.piggott@havas.com, or in writing to: Havas PR, 26 Palmerston Place, Edinburgh, EH12 5AL

Alison Young, store manager for the new Debenhams Wolverhampton store, said: “The team and I can’t wait to introduce ourselves to our customers and show them the store.

“Wolverhampton has a strong community spirit, so we’re really looking forward to seeing the entries and hearing about all the great people that live in the area.”

Debenhams Wolverhampton has created more than 150 jobs in the local area and is part of the redevelopment programme taking place at The Mander Centre, which is set for completion in Autumn 2017.