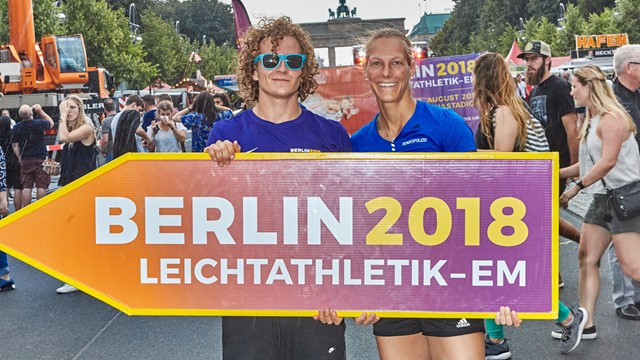 Some 75,000 tickets have already been sold for the Berlin 2018 European Athletics Championships which begin on 7 August

Amsterdam, The Netherlands, 2017-Sep-25 — /EPR Retail News/ — With 328 days until the start of the Berlin 2018 European Athletics Championships, of which SPAR is the principal sponsor, the organisers have announced that an unprecedented 75,000 tickets have already been sold for the six day event from 7-12 August.

The championships will be staged as part of the inaugural multi-sport European Championships in conjunction with the Scottish city of Glasgow. The event is the most prestigious on the sporting calendar for European athletes in 2018 and the European Athletics Championships is the biggest sporting event to be staged in Germany next year.

Never before have so many tickets been sold for a European Athletics Championships at this stage ahead of the event. As well as sizeable domestic interest, the organisers have also reported large numbers of ticket sales from the United Kingdom, as well as neighbours Poland, Switzerland and the Netherlands.

The success of the German team which won five medals at the IAAF World Championships in London last month has undoubtedly provided a boost to ticket sales and the organisers have just opened the advanced sale for hospitality packages.

“We are very satisfied with the development of the sales figures and we notice that the European Athletics Championships, the largest sporting event in Germany in 2018, are becoming more and more important in people’s awareness. With the advance sale of hospitality offers, we have a further possibility to meet the individual needs of our guests,” said Berlin 2018 Managing Director Frank Kowalski.

More information on tickets can be found here.

More information on the 2018 European Championships:

It will be a must-watch, must-attend experience that elevates the status of European Champions, uniting existing European Championships to celebrate the highest honour in European sport and celebrating the defining moments that create Champions. Seven of Europe’s leading sports (athletics, aquatics, rowing, golf, cycling, gymnastics, triathlon) will be brought together for the first edition.