QATAR, 2015-10-28 — /EPR Retail News/ — Al Meera Consumer Goods Company (Q.S.C.) is proud to announce its support of the Doha 2015 IPC Athletics World Championships, which is hosted from the 21st until the 31st of October at the Qatar Sports Club.

The largest para-sport event ever to come to the Middle East is seeing 1,300 para-athletes from 100 countries competing to be the best in the world and vie for qualifying spots to the Rio 2016 Paralympic Games. All proceeds of ticket sales will be donated to charity.

Al Meera is extending its support by providing fresh fruits throughout the competition to athletes and organizers. The supermarket chain also provides its customers with free ticket vouchers to the IPC Athletics World Championships at its Thakhira, Mansoura, Legtaifiya, Hazm Markhiya, Nuaija branches in addition to Géant hypermarket in Hyatt Plaza mall with terms and conditions applied.

Free vouchers are also given away to Al Meera fans on Facebook, Twitter and Instagram.  Tousands of vouchers are to be given away throughout the days of the event, leading up to the event, which are then exchanged for tickets at the Qatar Sports Club.

“Al Meera continuously seeks to support national initiatives that benefit the people of Qatar, especially those that support and promote healthy living, such as nutrition and sports, in line with the Qatar National Vision 2030.”

“We are very happy to witness such a massive turnout, which indicates how much people look forward to such activities and value the importance of sports, which is an important aspect to both Al Meera and Qatar. We look forward to supporting similar events in the future,” he added.

The Doha 2015 LOC has released a series of inspirational films to raise awareness of para-sport and to highlight the incredible stories of some the para-athletes that will be competing in the event. Entitled “My Incredible Story”, the films tell the stories of triumph over adversity and so far have chronicled athletes Terezinha Guilhermina, Jarryd Wallace, Giusy Versace, Thuraya Al Zaabi and the “youth ambassador” Ghanim Al Muftah. 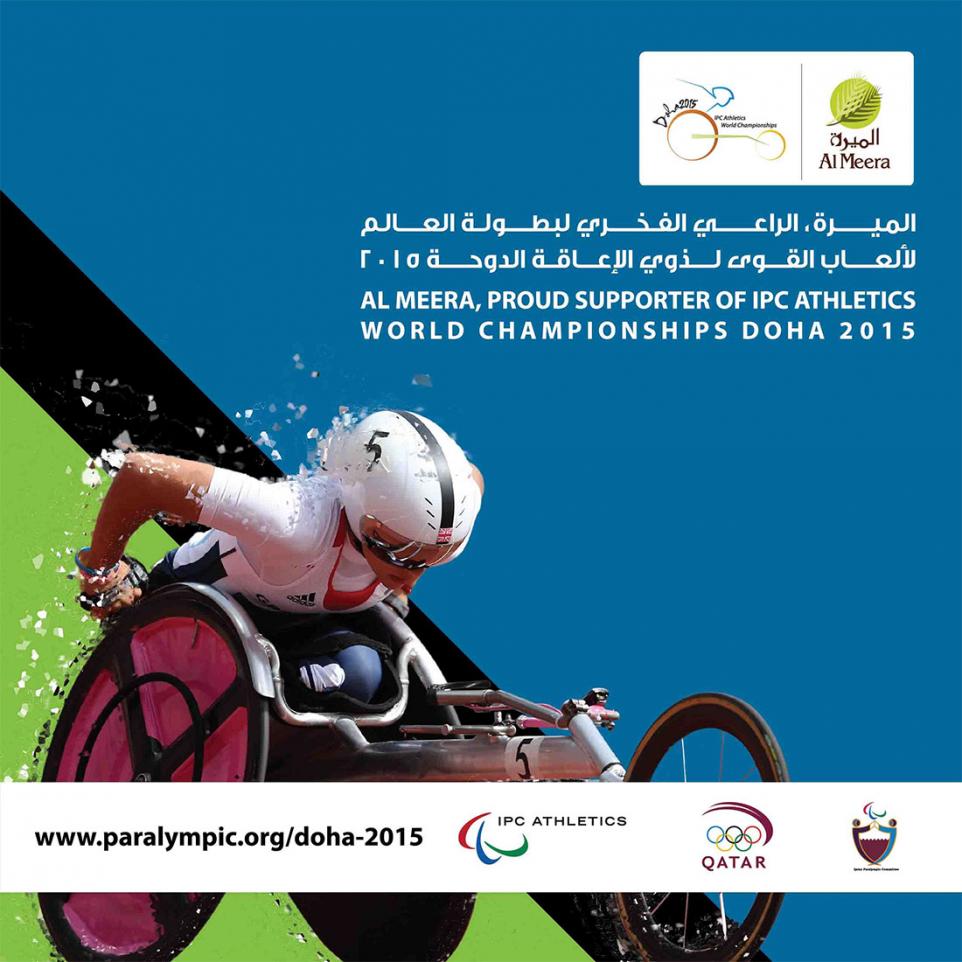