Chennai, India, 2017-Nov-16 — /EPR Retail News/ —  Ever since the Indian government introduced the ‘historic’ Goods and Services Tax regime from July 2017, there have been frequent announcements for revision of rates for several items by the GST council owing to pressure from public, traders and political spectrum.

However, there are certain items which are still in the bracket of 18 per cent and 28 per cent, which, according to experts, will do no good for the government’s grand initiatives towards cashless economy and digitalization of all transaction activities. 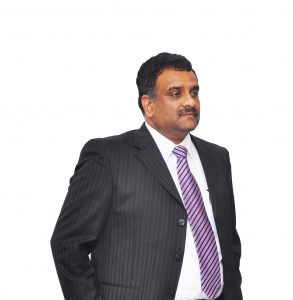 The higher GST slab for POS products and accessories will discourage retail vendors to go for digital transformation, feels Bhaskar Venkatraman, the CEO and Managing Director of Millennium India, a pioneer in introducing POS machines to retail businesses in India.

“The government’s digitalization move can bear the fruit only when all retail businesses, even in the remotest corner of India, automate their store by digitalizing their business operations moving out from the traditional and obsolete transaction methods. But the high GST slabs on various POS devices is a big discouragement for it. Hence, the GST Council should reduce the GST for all the POS items and accessories and also reduce the burden on importers by slashing the import duties, as majority of POS payment terminals, barcode printers, scanners and other supportive devices are being imported to India,” feels Bhaskar, who launched India’s first ecommerce portal ‘Justransact’ in 2014 exclusively for point of sale electronic items.

Even the nominal bank transaction charges for card payment at Point of Sale are scaring away retail vendors to adopt card payment option. Some of them, who have installed POS payment devices at their shops, are simply passing this burden to customers.

Post demonetization, cash still remains the major source of transaction even after one year of its implementation, though there has been phenomenal increase in card transactions. GST, which was intended to bring uniform tax regime, has so far not created the required impact among trading community as almost every week there have been some changes in its implementation or the rates.

“It is too early to suggest the impact of GST on the businesses or the economy. For any major reforms,  there will be issues which need to be addressed, and I think, the government is doing the right thing by revising the GST rates after getting feedbacks from various quarters. In the same line, 18 and 28 per cent GST for POS machines are too high to be absorbed by retail vendors. On the other hand, lower GST for POS devices will further trigger the growth of the Indian retail industry, which is currently the fastest among the Asian peers,” concludes Bhaskar.

Paderborn, Germany, 2015-4-1 — /EPR Retail News/ —  Wincor Nixdorf has been working with Commonwealth Bank of Australia in implementing an innovative payment solution today on the Australian market, which will significantly improve the world of electronic payments. Albert, as the payment tablet is called, was jointly developed by Wincor Nixdorf, Commonwealth Bank and the design company IDEO. It changes how retailers interact with their customers and stands for a whole new customer experience. Following the market launch in Australia, Wincor Nixdorf will now also offer the Android-based payment terminal to customers in other markets.

Albert offers threefold innovation: Firstly, retailers from different industries can operate precisely those POS applications they need for their business on the mobile device. Secondly, the device can handle standard payment methods that are compliant with PCI requirements – by EMV chip and PIN, swipe and sign, or NFC communication. And thirdly, Albert is connected to an app store from where the retailers can download apps tailored to their business.

“Today represents a further milestone in the expansion of our cashless payment activities. The joint development of Albert with one of the world’s leading banks, which is at the same time also one of Australia’s top merchant acquirers, produced a first-class result,” said Reinhard Rabenstein, CTO at Wincor Nixdorf. “Building on this excellent reference, we will now launch further marketing.”

Commonwealth Bank’s flagship merchant device Albert operates on the Android based software platform connected to its Pi Business Network and app store, App bank. Leading Australian companies from the hospitality, non-food retailing and gas station sectors have already piloted Albert and its applications; this phase also included the development of new apps to meet the piloting companies’ specific requirements. Some of Albert´s key features include the options of e-mailing receipts and invoices, allowing customers to open accounts they can pay off later, recording and tracking daily, weekly and yearly payments, and collecting useful business analytics and insights.

According to Gary Roach, Managing Director Payments & Cash Management Services, Commonwealth Bank, Albert’s potential is limitless and is set to revolutionise the point of sale experience.

“The payments landscape is rapidly evolving as Australians embrace new technology and there is a growing need for a more powerful, open platform which can adapt to changing customer needs, and provide real-time analytics and business insights. Albert has the potential to dramatically shift the way businesses take payments, offering merchants the ability to completely customise the customer experience from start to finish,” said Mr Roach.

Wincor Nixdorf will make its Aevi Marketplace available for future customer projects on the basis of the PI business network experience gained from the CBA project. The open marketplace platform is available to software developers across the globe for creating apps based on a software development kit. Wincor Nixdorf is responsible for validating the apps. Retailers connected to this app store for B-2-B applications can use it to download business apps to suit their needs. These range from simple applications for restaurant operators for splitting bills to merchandise management solutions. Financial apps such as mini cash overdrafts are another example, which banks can also use to extend their service portfolio.

To find out more about Albert, visit www.wincor-nixdorf.com/aevi