Cupertino, California, 2017-Jan-09 — /EPR Retail News/ — Apple today (JANUARY 5, 2017) announced that the App Store welcomed 2017 with its busiest single day ever on New Year’s Day, capping a record-breaking holiday season and a year of unprecedented developer earnings and breakout app hits. In 2016 alone, developers earned over $20 billion, up over 40 percent from 2015. Since the App Store launched in 2008, developers have earned over $60 billion, creating amazing app experiences for App Store customers across iPhone, iPad, Apple Watch, Apple TV and Mac. Those efforts helped kick off 2017 with a remarkable start, making New Year’s Day the highest single day ever for the App Store with nearly $240 million in purchases.

“2016 was a record-shattering year for the App Store, generating $20 billion for developers, and 2017 is off to a great start with January 1 as the single biggest day ever on the App Store,” said Philip Schiller, Apple’s senior vice president of Worldwide Marketing. “We want to thank our entire developer community for the many innovative apps they have created — which together with our products — help to truly enrich people’s lives.”

Customers broke all-time records this holiday season with purchases from the App Store topping $3 billion in December. In the same month, Nintendo’s Super Mario Run made history with more than 40 million downloads in just four days after its release, and was the most downloaded app globally on Christmas and New Year’s Day.

Super Mario Run is also among last year’s top 10 most downloaded apps worldwide, with Pokémon Go taking the top spot. Pokémon Go, a beloved game from Niantic, quickly became a cultural phenomenon in mid-2016. Prisma, Reigns, Procreate, Lumino City, Sweat With Kayla and djay Pro, from some of Apple’s independent developers, were among the most successful apps for iPhone, iPad, Apple TV, Apple Watch and Mac, respectively. The App Store offers 2.2 million apps in total, up over 20 percent from last year.

With the App Store available in 155 countries, Apple’s customers have access to millions of apps to make their lives easier, enrich their passions and connect with people from all around the world. The App Store’s top-grossing markets include the US, China, Japan and the UK, with China experiencing record year-over-year growth at an incredible 90 percent. The global impact of the App Store was captured this past year with two campaigns — Apps for Earth and Games for (RED). In partnership with the World Wildlife Fund and (RED), customers were empowered to make a difference, helping to protect life on our planet and join the fight against AIDS. The custom content created by each campaign’s participating developers helped raise over $17 million in total for the two organizations.

With the introduction of iMessage apps and SiriKit in iOS 10, developers created exciting new types of app experiences. iPhone and iPad customers now have access to over 21,000 iMessage apps to send stickers and easily collaborate with friends, and for the first time ever, users can ask Siri to book rides, make payments, return a call and more.

Since subscriptions became available across all 25 app categories this fall, including Games and Kids, customers can subscribe to their favorite services from over 20,000 apps, with Netflix, HBO Now, Line, Tinder and MLB.com At Bat among last year’s most popular. iPhone and iPad customers grew the App Store’s subscription billings significantly in 2016 to $2.7 billion, up 74 percent from 2015.

Apple revolutionized personal technology with the introduction of the Macintosh in 1984. Today, Apple leads the world in innovation with iPhone, iPad, Mac, Apple Watch and Apple TV. Apple’s four software platforms — iOS, macOS, watchOS and tvOS — provide seamless experiences across all Apple devices and empower people with breakthrough services including the App Store, Apple Music, Apple Pay and iCloud. Apple’s more than 100,000 employees are dedicated to making the best products on earth, and to leaving the world better than we found it.

San Francisco, 2016-Sep-20 — /EPR Retail News/ — Just days after the release of iOS 10, iPhone and iPad users are already livening up their conversations with new, animated stickers from thousands of apps on the App Store — all available right from within Messages. Discover, download, and launch new stickers by tapping on the App Store icon right from within Messages. Simply tap to send a sticker or tap and hold to peel and place a sticker directly on top of a message bubble, photo or another sticker. You can even touch and hold on the sticker to adjust its size.

Available for the first time with iOS 10, here’s a selection of some of the first sticker packs launching in the App Store for iMessage. 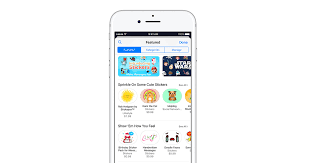 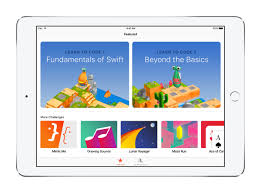