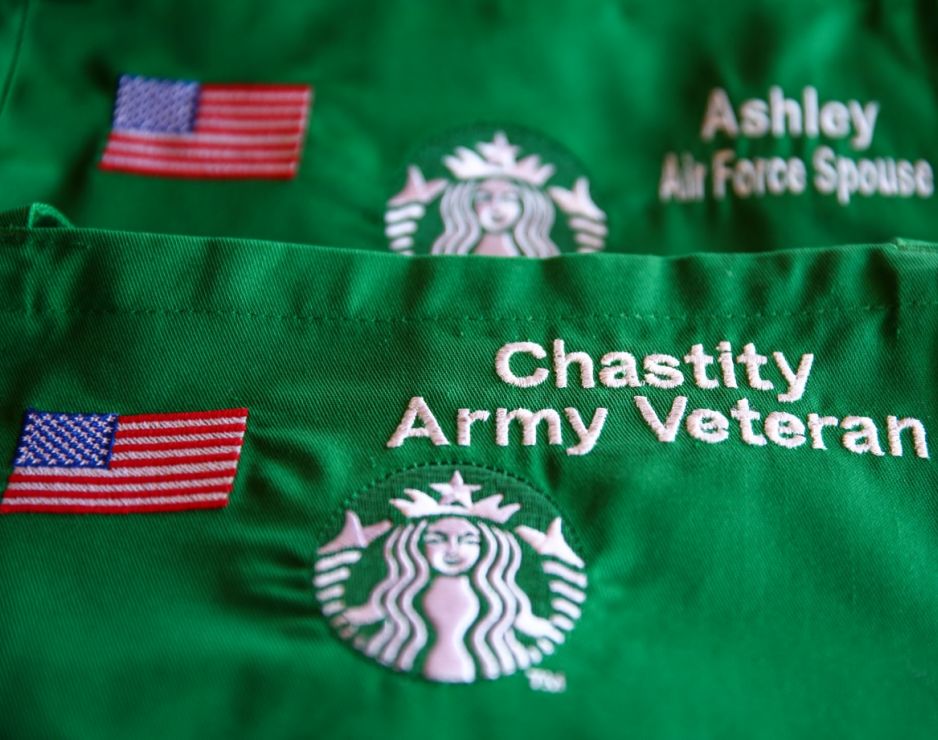 Starbucks announces plans to hire 10,000 refugees around the world in 75 countries

Seattle, 2017-Feb-01 — /EPR Retail News/ — On January 29, Starbucks announced plans to hire 10,000 refugees around the world in the 75 countries where it does business over the next five years. This plan is an extension of Starbucks ongoing commitment to create pathways to meaningful employment for veterans, military spouses and opportunity youth.

Starbucks has hired 8,800 veterans and military spouses toward a five-year goal to reach 10,000 by 2018. To kick start the effort back in 2013, Starbucks brought aboard dedicated military recruiters, established connections at more than 200 military bases across the globe, attended more than 500 military hiring fairs and sponsored 14 hiring summits.

Starbucks also operates 32 Military Family Stores near major military bases. These locations have been given the special designation as a place of welcoming and support for military communities around the country, serving as an important gathering place to reconnect veterans with their communities, support successful transitions and create career opportunities. Military Mondays, a partnership between Starbucks and community-based Veteran Service Organizations (VSOs), provides a space in local stores where pro bono legal support and other veteran and military spouse services are offered.

Starbucks offers Military Service Pay to eligible partners (employees) with up to 80 hours of pay each year when National Guard or Reserve service obligations take them away from their work with the company. A Military Allowance is also a benefit for eligible partners who are called to active duty. In addition, districts and groups within Starbucks contribute to the Adopt a Unit program to provide coffee to Armed Forces members deployed overseas.

Well past the midway mark on the veterans and military hiring front, Starbucks is also expanding its efforts to hire Opportunity Youth – 16- to 24-year-olds who are neither employed or in school; an estimated 5.4 million young Americans. In 2015, the company committed to hiring 10,000 opportunity youth by 2018 and has already met that goal. Since then, Starbucks has joined with nearly 50 leading U.S. companies to form the 100,000 Opportunities Initiative. The country’s largest employer-led coalition announced it passed its target of hiring 100,000 opportunity youth last summer – two years ahead of schedule. The coalition, formed in July 2015, is now aligning with the cross-sector goal of creating one million opportunities by 2021.

Investing in Low- to Medium-Income Communities

In tandem with the 100,000 Opportunity Youth Initiative, Starbucks has opened four stores with classroom and training space as part of its effort to support local economic development in diverse low- to-medium income communities across the U.S. Each of these stores creates 20 to 25 new jobs with benefits, partners with a local women- and minority-owned supplier and contractor, and works with local nonprofits to provide job-skills training to youth. The stores are located in Ferguson, Missouri; Phoenix, Arizona; the Jamaica neighborhood of Queens, New York; and the Englewood neighborhood in Chicago. Starbucks plans to expand the national initiative to five new communities in 2017, including neighborhoods in the Birmingham; Baltimore; Long Beach, California; Miami; and Seattle areas. The company is aiming to open in at least 15 communities by 2018.

Discover more stories about how Starbucks is Paying Tribute and Creating Opportunity for people who’ve served and sacrificed for the country.

See how Starbucks is Creating Opportunities and Connecting Communities.