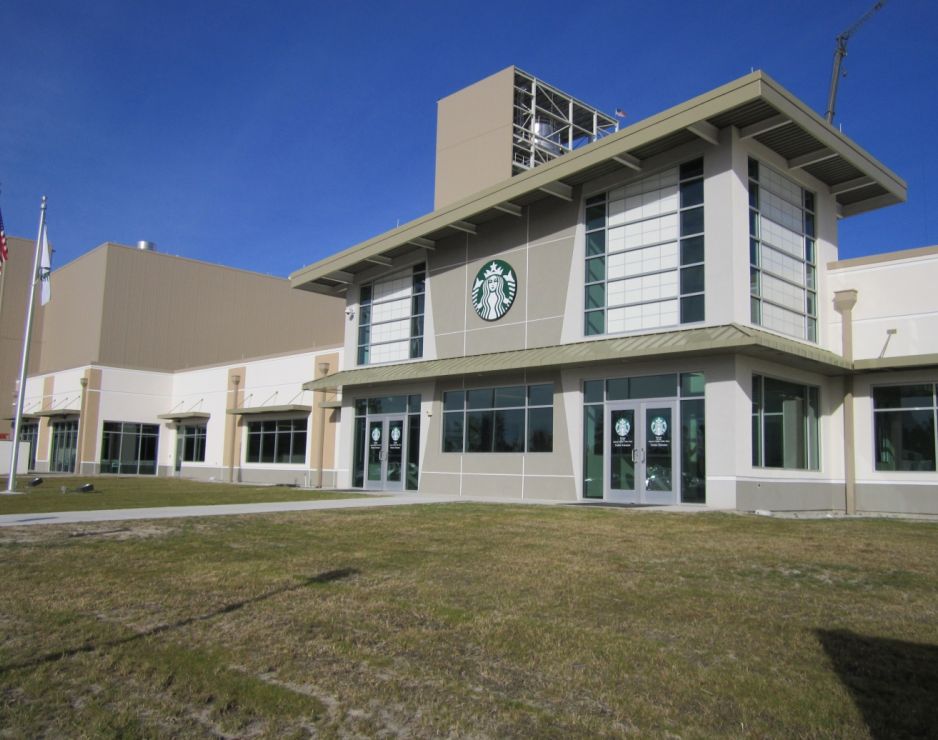 Seattle, 2017-Jul-08 — /EPR Retail News/ — A $120 million expansion of the Starbucks Augusta Soluble Plant announced today (July 6, 2017) will nearly double the size of the operation and create up to 100 new jobs at the Georgia facility in the year after construction is completed.

The expansion, which will add 140,000 square feet to the current 180,000-square-foot plant, will get underway this summer and be completed in fall 2019. It is prompted by Starbucks growth and consumer demand.

The plant currently employs 185 Starbucks partners. The 80 to 100 jobs created in the year following the expansion will cover a range of positions, according to Tim Filipowski, the plant director. Currently one in six Augusta partners are armed forces veterans or military spouses.

“Because of the technical nature of our business here, we have recruited heavily for automation specialists, operators, mechanics and technicians,” said Filipowski. “Generally, the folks coming out of the service have some or all of those experiences.”

The plant maintains a close relationship with Fort Gordon, which is 20 minutes away. In addition to hosting job fairs at the base, where 12,000 soldiers are stationed, Starbucks conducts regular plant tours for service members, maintains an Adopt a Unit program and supports the annual Fisher House Golf Tournament, which generates funds to aid families of patients receiving care at military and Veterans Administration medical centers.

In 2013, Starbucks set a goal to hire 10,000 service members, veterans and military spouses by 2018. The company reached that goal earlier this year and announced a new target of 25,000 by 2025 at the Starbucks Annual Meeting of Shareholders.

A continuing investment in Augusta

Walter Sprouse, executive director of the Augusta Economic Development Authority of Richmond County, an industrial recruitment agency, said the connection between Starbucks and the Fort Gordon community is mutually beneficial.

“We have a lot of people who get out of the service after, say, three years or six years or 20 years, and these are smart people,” Sprouse said. “They’re excellent workers. About 150 a month come out of the military. Half of them go home, but the other half want to stay here. That’s 75 to 100 well-trained people per month entering the workforce. Starbucks did their research. They’ve found so many qualified workers.”

Starbucks opened the plant in Georgia’s second largest city in July 2012. It is the first company-owned facility in the world to produce Starbucks soluble products. The plant’s two roasters generate Starbucks VIA® Instant, as well as the coffee base for Frappuccino® blended beverages and many of Starbucks bottled and canned beverages. The expansion will add six new whole bean roasters, allowing the plant to offer packaged coffee to Starbucks stores and retail locations in the Northeast and Southeast United States.

Starbucks plans to add 12,000 stores globally by 2021, bringing the total number to 37,000. Last month, Starbucks announced it was expanding its Carson Valley Roasting Plant and Distribution Center in Minden, Nev. Between the two expansions, Starbucks will be investing $170 million and creating more than 200 manufacturing jobs.

Georgia Governor Nathan Deal said the expansion affirms the region’s reputation as a gateway to the Southeastern market.

“As Georgia grows its reputation as the gateway to the Southeastern market, companies like Starbucks continue to strategically locate and expand operations here.” said Deal.

“This decision to expand in Augusta reflects Georgia’s ability to retain dynamic companies and support industry leaders in long-term growth. With this facility expansion, Starbucks will continue to enjoy the benefits of manufacturing in the top state for business, while creating new jobs in the Augusta area, including additional opportunities for veterans. We value our continued relationship with Starbucks and look forward to the company’s continued success in Georgia.”

“This is a further testament to the skilled workforce in our community,” said Augusta Mayor Hardie Davis, Jr. “We’re very pleased to have this commitment to continued investment by Starbucks.”