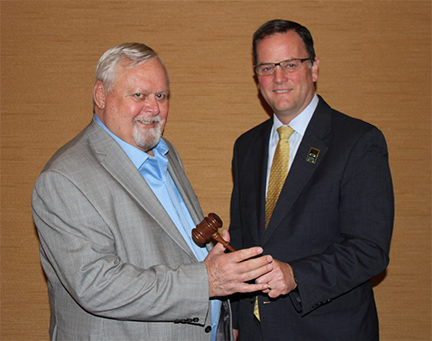 Independent Operator to Serve One Year Term as Chair

SACRAMENTO, CA, 2017-Dec-11 — /EPR Retail News/ — Bob Parriott, President and Chief Executive Officer of Twain Harte Market in Twain Harte, Calif., was elected the 2017-2018 California Grocers Association Chairman of the Board of Directors at the Association’s Annual Meeting on Dec. 1, 2017.

As Chair, Parriott will lead the Board’s strategy regarding CGA’s numerous legislative, educational, communications and industry-related programs. The Association is comprised of more than 300 retail companies operating more than 6,000 stores in California and Nevada. The chair serves for one year. He succeeds Immediate Past Chair Jim Wallace, Albertsons Companies.

“Bob continues CGA’s long history of both large and small grocery operators serving as board chair,” says CGA President Ron Fong. “As an independent grocery operator, Bob will be a very strong voice for this extremely important member segment of CGA. We look forward to Bob’s leadership in the coming year.”