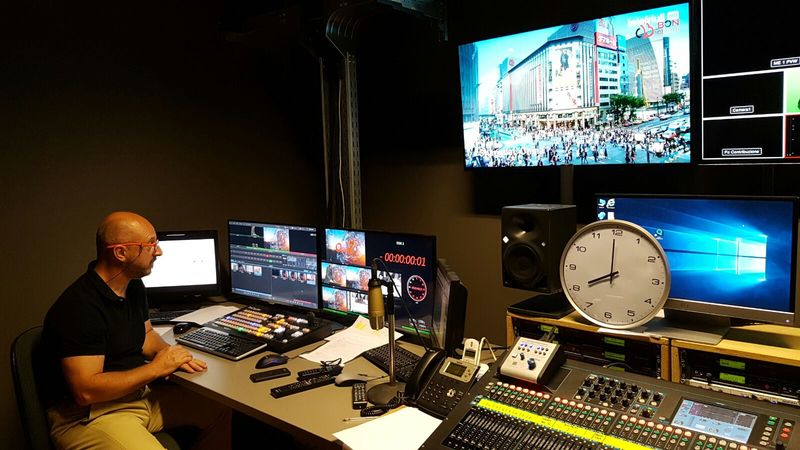 BEIJING, 2016-Sep-16 — /EPR Retail News/ — The biggest story coming out of China today is the launching of the Silk Road on Rails: China-Europe block trains that carry goods across the globe. The proposal to establish China-Europe railroads surprised even the most experienced of rail industry players, yet thousands of trains now traverse these tracks annually.

Telefriuli SpA, the Italian broadcaster, exclusively aired the video series across Italy’s northeastern regions of Friuli Venezia and Eastern Veneto during the first week of September 2016. Telefriuli SpA was set up in 1974 in the North East of Italy. With more than 40 years of history it is also the region’s longest-running broadcast channel.

Today, as certified by Auditel, Telefriuli is by far the most-watched broadcaster in Friuli Venezia Giulia and in Eastern Veneto, and offers its viewers a rich schedule ranging from information to entertainment.

Of the videos. Telefruili Director, Daniele Paroni, said “I think it is crucial for Europe and for China to have a “physical” link which allows more and more narrow and intense social and economic relations between these two global players. In the videos there was a brilliant comparison between the silk road and the rail which links China and Europe.”

The China-Europe rail route is the longest in the world covering almost 10,000 kilometres in total.

Referring to BON Cloud, the producer and distributor of the China-Europe block train video series, Ms Paroni continued, “Telefriuli wants to retrace Marco Polo’s steps, showing to our audience the brilliant productions [BON Cloud is] sending us which also helps to connect Central-Southern Europe with China. Now that we have established this important relationship – BON Cloud and Telefriuli – we really want to continue this journey together, to enable us to achieve mutual satisfaction and knowledge.”

The first block train left Zhengzhou for Hamburg on July 18th, 2013, connecting people along the Silk Road and shortening the distance between continents. The 12-day, six-country journey posed challenges: would European companies welcome the new trade route? Would the cargo be secure? Would the project even be practical?

The trans-Eurasia rail trip began as a once-a-month event but China soon realized it required partners to make it successful. With partners on board, Hamburg became the forerunner. The German port city now serves as both a departure and destination point for the China-Europe block trains.

This project has lowered the cost of transportation significantly and commerce is thriving. There is no doubt about the initiative’s acceptance. The service currently transports goods several times a week from China, the Republic of Korea and Japan, as well as European countries such as Germany, Italy, Poland, France and Spain. With the growing success of the initiative, the development of additional European destinations is in the pipeline.