NEW YORK, New York, 2015-11-5 — /EPR Retail News/ — Beloved Brooklyn bakery Bien Cuit is thrilled to announce an exciting new partnership with Whole Foods Market to make their renowned breads and baked goods more accessible outside of their Smith Street location. Beginning November 4, Bien Cuit’s artisanal breads and an exclusive line of danishes made only with transitional flours — grains harvested by farmers in the process of being certified organic — will be available at 32 Whole Foods Market locations in the Northeast region, encompassing New York, Northern New Jersey and Southern Connecticut.

With this new Bien Cuit danish line, the bakery and Whole Foods Market are introducing customers to transitional grains, further extending La Meunerie Milanaise’s mission to create a market for grain farmers during that crucial time of transition. Bien Cuit and Whole Foods Market recognize that in order to expand the amount of organic food grown, there has to be a network of support for farmers making an effort.

“Bien Cuit’s beautiful breads and pastries have been a favorite of ours for quite some time,” says Elly Truesdell, Local Forager for Whole Foods Market’s Northeast Region. “Upon learning about the bakery’s support of transitional farmers, it immediately became apparent that we needed to find a way to work together and bring their fantastic products to our stores. It’s amazing to launch a line of products that support both farmers and organic expansion — not to mention, they’re some of the most delicious pastries around!”

Robert Beauchemin, owner of La Meunerie Milanaise, has pioneered the grains community and organic farming movement since the 1970s. Today, he is responsible for converting thousands of acres of farmland from conventional to organic through education and guaranteeing sale for harvests from farmers transitioning to organic.

“We all care about the future of our soil, our health and the quality of our food, but few people devote their lives to changing those conditions for the benefit of everyone,” says Golper. “Robert is by far one of the most impactful people in North America regarding his effort to change vast expanses of farmland into responsible and organic agricultural operations. Additionally, his skills as a miller are as good as they come. He is definitely one of the most inspiring individuals I’ve ever met, and I am very happy to be supporting his efforts in a large way.”

Bien Cuit is the cult-favorite Brooklyn bakery renowned for its perfectly baked artisanal loaves, baked goods, pastries, cookies, cakes and sandwiches — all made with local grains and seasonal ingredients. Since husband-wife team Zachary Golper and Kate Wheatcroft opened the bakery in 2011, Bien Cuit (meaning “well baked” in French) quickly became both a local favorite and food destination for New Yorkers and tourists, as well as an esteemed national authority on the merits of long fermentation and combining ancient and contemporary baking methods. Zach has 13 years of experience in bread and pastry, and before landing in Brooklyn, he reinvented the bread program for George Perrier’s landmark restaurant Le Bec Fin in Philadelphia. Bien Cuit also operates a very successful and growing wholesale bakery business, supplying some of the city’s top restaurants, cafes and markets with their breads and pastries including Untitled at The Whitney, Gramercy Tavern, Estela, North End Grill, The Modern, Toro, BKLYN Larder, Intelligentsia, Joe The Art of Coffee and many more. Bien Cuit’s fan base will expand even further when Zach releases his first cookbook, Bien Cuit: The Art of Bread, on November 17th, 2015, published by Regan Arts. 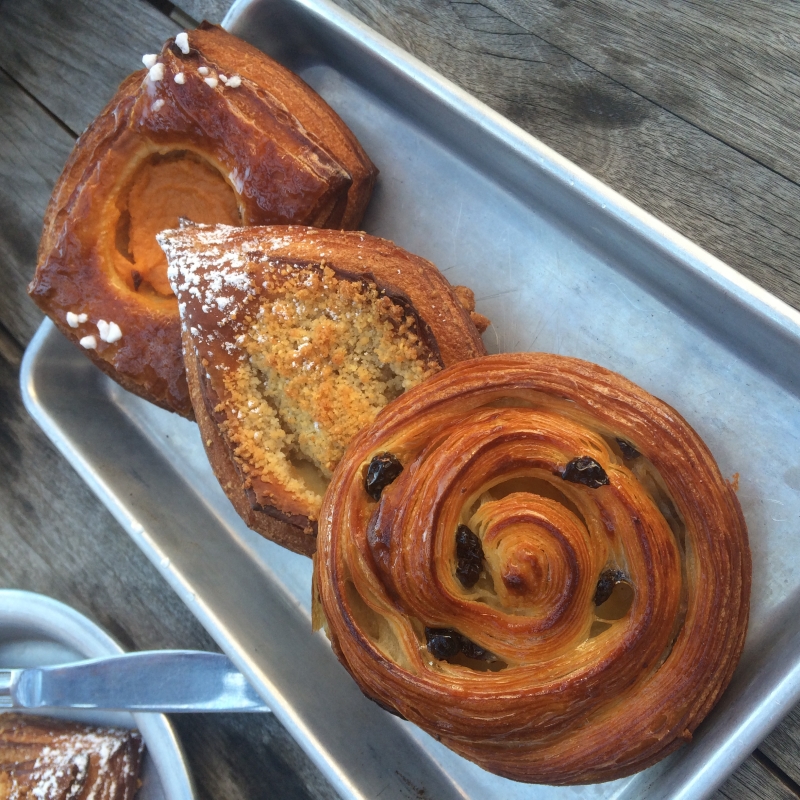