Seattle, 2017-Jun-05 — /EPR Retail News/ — Starbucks operations in Nevada’s Carson Valley plans to grow substantially over the next year with the addition of 700,000 square feet to the distribution portion of the Starbucks Carson Valley Roasting Plant and Distribution Center in Minden, Nev. The expansion will bring nearly 100 new jobs to the location in the first year after completion, bringing the distribution workforce to nearly 350.

A June 7 ceremonial groundbreaking kicks off the $50 million project, which will wrap up in summer 2018. Only the distribution portion of the 341,000-square-foot building will be enlarged, allowing Starbucks to increase capacity and streamline regional sourcing. The roasting side of the operation will be unchanged.

“We serve all of California, Nevada and Utah, as well as parts of Arizona and Asia Pacific,” said Todd McCullough, director of distribution at the facility. “We do everything here from coffee to syrups to behind-the-bar supplies.”

McCullough, who has worked at the Carson Valley Roasting Center and Distribution Center since it opened in 2003, said the expansion will create a range of new jobs for managers, supervisors, coordinators and distribution partners.

Lisa Granahan, economic vitality manager for Douglas Country, where the distribution center is located, said Starbucks provides vital balance in a local economy where a third of the workforce holds lower-paying tourism and leisure positions.

“It’s been a target of the country and our Economic Vitality Program to grow more of the industrial sector,” said Granahan. “We’re just extremely pleased to see Starbucks expansion and the additional jobs, and further diversification of our community. I also believe this could bolster the number of working families in our community. We have seen a decline in our school system over the years. We’d just really love to see our school numbers rise again.”

The Carson Valley facility is also the site of the first Starbucks Inclusion Academy. Launched in 2014, it provides six weeks of training to help individuals with disabilities gain meaningful work experience in manufacturing, warehousing and distribution.

Its success has prompted Starbucks to expand the program to the York Distribution Center in York, Penn., in 2015 and launch the Starbucks Retail Inclusion Academy in Baltimore in April. McCullough said 27 members of the Inclusion Academy’s eight graduating classes have been hired by Starbucks and expansion will create additional job opportunities for grads.

“We think the Inclusion Academy is outstanding,” said Granahan.

Starbucks was named Business of the Year for Douglas County in 2016. Granahan said Starbucks earned the honor for a variety of reasons, including its growth, benefits programs, sustainability efforts and ongoing connection with the area.

“Starbucks has made an impact from a community involvement perspective, volunteering thousands of hours and making other sizable donations to local nonprofits,” said Douglas County Manager Lawrence Werner. “It is safe to say other businesses that are considering locating in the county take note of Starbucks decision to be here.”

SEATTLE, 2015-1-30 — /EPR Retail News/ — The national unemployment rate for people with disabilities is 11.2 percent – double the jobless rate for the general population, according to the U.S. Department of Labor. Recognizing that disparity, Starbucks is launching an on-the-job training program for people with cognitive and physical disabilities at its Carson Valley Roasting Plant and Distribution Center.

The plant in Minden, Nevada employs 210 people who distribute products to Starbucks® stores worldwide. Several of the partners (employees) have completed the Starbucks Inclusion Academy program which helps them gain skills and work experience in manufacturing and distribution.

The Inclusion Academy is the result of a year-long collaboration between Starbucks and the Nevada Department of Employment, Training and Rehabilitation (DETR). Starbucks provides training space at the Carson Valley plant and instructors for on-the-job and soft-skills practice. The State of Nevada refers candidates to the program, funds the instructor’s salary and pays for the time candidates spend training on the floor. Participants receive three hours of classroom instruction and three hours of work each day for the first four weeks. In the final two weeks, candidates complete an internship in the Starbucks facility.

“The program has opened a lot of eyes,” said Todd McCullough, senior operations manager at the Starbucks facility. “Supervisors and partners look past disabilities and realize we all have different abilities in the workplace.”

McCullough said 13 partners with disabilities who work in the plant have had the “highest attendance and best performance” in the building and enhance the work culture.

“Sometimes in a break room you’ll see that groups separate themselves, but I’ve seen that change over the past year,” he said. “It’s very powerful to see how the whole team engages with people with disabilities.”

Distribution partner Shawn Stainbrook, a Special Olympics athlete, has been at the Carson Valley facility for more than a year. Prior to joining Starbucks he worked for a grocery store for 20 years and said he didn’t feel fulfilled.

“Going to work at Starbucks is enjoyable,” said Stainbrook. “Now I have goals and would say to anyone who doesn’t feel good about where they’re at in life, never give up. You never know what’s around the corner.”

One of the first partners hired at the Carson Valley plant would agree with that advice. McCullough said a partner named Ray, who has difficulty communicating, lived with his parents for most of his life. Since getting a job with Starbucks, Ray has been able to move out and live independently.

“Companies, like Starbucks, that give individuals with disabilities an opportunity to work often end up with some of their most loyal employees,” Pierson said. “The investment in training often results in a high retention rate.”

“I want to extend my appreciation to Starbucks for its dedication to working with our community to improve Nevada’s workforce and recognizing the importance of hiring people with disabilities,” said Governor Sandoval. “Collaborations with the private sector are vital to our state and we appreciate the opportunity to work with Starbucks on this endeavor.”

“Starbucks is deeply committed to creating pathways to opportunity for our people and the communities they serve,” added John Kelly, Starbucks senior vice president of global responsibility and public policy. “These graduates remind us to do everything we can to develop an inclusive workplace and a diverse network of suppliers.  It’s both the right thing to do and good for business.   We are proud to join Governor Sandoval and DETR to launch the first Starbucks Inclusion Academy in Nevada.”

The Starbucks Newsroom will post photos after a ceremony on Thursday (1/29). 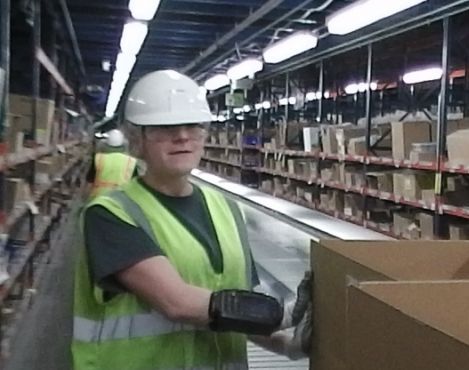