ROCHESTER, NY, 2017-Mar-30 — /EPR Retail News/ — Danny Wegman announced that his daughter, Colleen Wegman, has been named president and CEO of Wegmans Food Markets, Inc., and he will assume the title of chairman.

“I will continue in my role, but now as chairman of the company,” said Danny Wegman. “The time has come to create a structure for the future that will allow us to remain strong, vibrant and family-owned. I have no doubt that our company will be in good hands.”

Colleen Wegman joined Wegmans in 1991 and was named president in 2005 by the late Robert B. Wegman, her grandfather.

Wegmans Food Markets, Inc. is a 92-store supermarket chain with stores in New York, Pennsylvania, New Jersey, Virginia, Maryland, and Massachusetts. The family-owned company, recognized as an industry leader and innovator, celebrated its 100th anniversary in 2016. Wegmans has been named one of the ‘100 Best Companies to Work For’ by FORTUNE magazine for 20 consecutive years, ranking #2 in 2017. 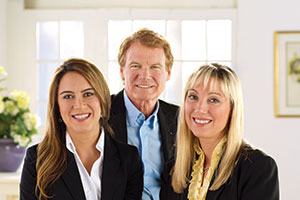