“Paul is joining the Company at a critical time as we’re evolving every day through our digital transformation efforts,” said Edward W. Stack, Chairman & Chief Executive Officer. “Paul’s experience will make an immediate impact on the Company and we’re thrilled to welcome him to the DICK’S family.”

Gaffney joins DICK’S from The Home Depot, where he most recently served as the Senior Vice President of Information Technology, responsible for the organization’s software engineering, user-centered design and applications. While at The Home Depot, Gaffney was responsible for leading their digital revolution, inspiring the engineering team to deliver customer focused software to millions of customers and over 400,000 associates.

Paul Gaffney remarked, “I’m excited to join the DICK’S Sporting Goods team at this important time of focus and investment in technology as a key enabler to better communicate with and serve our customers.”

Throughout his career, Gaffney held a variety of senior leadership roles, most notably serving as President and Chief Executive Officer with AAA Northern California. He holds a bachelor’s degree in Computer Science from Harvard University and is a Henry Crown Fellow at the Aspen Institute. 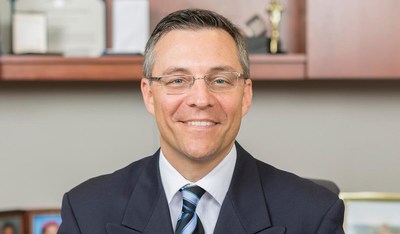 CINCINNATI, 2017-Jun-05 — /EPR Retail News/ — Macy’s, Inc. (NYSE:M) today (Jun. 1, 2017) announced the appointment of Yasir Anwar to the role of executive vice president and chief technology officer effective immediately. In this new role, Anwar will oversee all technology functions for Macy’s, Inc. Anwar will drive the alignment of Macy’s, Inc.’s technology efforts with the company’s strategy. He will be responsible for the teams that build the end-to-end ecommerce experience, enterprise-shared services, infrastructure, field services and functional IT support.

Mike Robinson has been named executive vice president, product management and customer experience. In this role, Robinson will manage all aspects of product management, portfolio and user experiences for digital, store and omnichannel systems. Robinson will oversee a unified product and portfolio vision, allowing customers to shop seamlessly and easily across all Macy’s, Inc. channels.

“Maximizing our technology capabilities and continuing the strong growth of our digital and mobile platforms is a high priority for Macy’s, Inc. and we are restructuring our technology teams to support these efforts,” said President and Chief Executive Officer Jeff Gennette. “Bringing the Macy’s technology teams together under Yasir’s leadership will result in faster time to market and decision making through a streamlined IT organization that will create nimble platforms for continuous business transformation. Mike’s focus on product and customer experience will ensure that our best customer continues to be able to shop the way she lives both on-line and in-store.”

Anwar and Robinson will report to R.B. Harrison, chief omnichannel and operations officer.

Yasir Anwar joined macys.com as vice president, engineering in May 2012. He was promoted to group vice president, engineering in April 2014 and senior vice president, digital technology in April 2016. Anwar was appointed chief technology officer in February 2017. As a founder of MacysLabs, Anwar introduced lean development practices and established lean delivery teams to transform the delivery model, with a focus on experimentation and customer testing. Prior to joining Macy’s, Anwar was the head of engineering at Walmartlabs, where he built next generation platforms for Walmart Global eCommerce. Previously, Anwar was the head of engineering for Samsclub.com and led architecture for Walmart.com.

Macy’s, Inc. is one of the nation’s premier retailers. With fiscal 2016 sales of $25.778 billion and approximately 140,000 employees, the company operates more than 700 department stores under the nameplates Macy’s and Bloomingdale’s, and approximately 125 specialty stores that include Bloomingdale’s The Outlet, Bluemercury and Macy’s Backstage. Macy’s, Inc. operates stores in 45 states, the District of Columbia, Guam and Puerto Rico, as well as macys.com, bloomingdales.com and bluemercury.com. Bloomingdale’s stores in Dubai and Kuwait are operated by Al Tayer Group LLC under license agreements. Macy’s, Inc. has corporate offices in Cincinnati, Ohio, and New York, New York.

(NOTE: Additional information on Macy’s, Inc., including past news releases, is available at www.macysinc.com/pressroom).