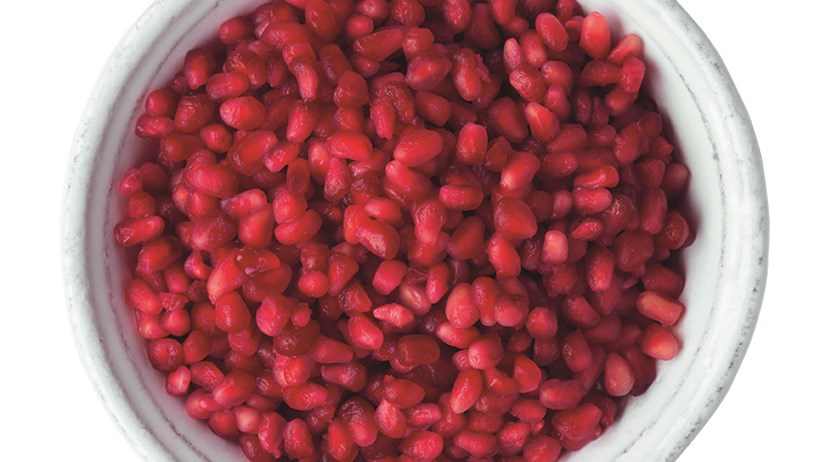 But now help has arrived from Tesco which has launched the first ever frozen prepared versions that will save shoppers time, hassle and help reduce food waste.

The new products will also help shoppers cut down on food waste in the home by allowing them to use only what they need and keep the rest in the freezer.

All four of these fruit and vegetable items have become popular recently in recipes and health drinks:

“Anyone who’s ever tried getting the seeds out of a pomegranate to add outstanding flavour to a salad or tried breaking open a coconut will know how fiddly it can be.

“Our new frozen range is a delicious and hassle free way to help assemble that eye-catching dish.

“Frozen fruit options are becoming increasingly popular with shoppers, who are looking for simple ways to eat a wide range of fruits, without the preparation time associated with fresh varieties.”

Tesco’s frozen fruit and vegetable are not only great value and have less preparation, they contain the same vitamins and minerals as their fresh equivalent.

In the last year demand for bags of ready prepared frozen fruit slices at Tesco has soared by 35 per cent.

And the supermarket’s frozen smoothie range, which now includes veg and fruit mixes, have seen a near 100 per cent sales increase in the last 12 months.

The arrival of these new frozen fruit and vegetable lines follows the popular launch by Tesco 18 months ago of the UK’s first frozen avocados which are peeled and halved.

Tesco works in partnership with its suppliers to help reduce waste, from farm to fork. These innovative lines contribute to helping reduce food waste in the home, and help towards Tesco’s commitment to help halve all UK food waste by 2025.

The UK’s Waste and Resources Reduction Action Programme (WRAP) welcomed the launch of the new frozen lines by Tesco.

“We welcome the launch of Tesco’s launch of frozen watermelon, beetroot, coconut and pomegranate.

“This could really help consumers reduce edible household food waste as they can simply defrost and use as and when required.”

All of the new frozen products come in easy to use re-sealable packs. The beetroot and coconut are already diced while the watermelon is in chunks and the pomegranate is seeded.