Milton Keynes, UK, 2016-1-11 — /EPR Retail News/ — Sales of dash-cams are booming as savvy drivers purchase them to get a cut in insurance and protect themselves against the alarming increase of “crash for cash” scams.

Recently, the number of dash cams sold at Argos have increased by 35 per cent month-on-month*. Dash Cams have become affordable with prices starting from £39.99, which has also boosted sales.

Dash-cams can film either the road in front or both ahead and behind. They are wired into the car so they automatically turn on and start recording when the car is started. Cameras can be powered by a cable plugged into the cigarette lighter. Dash-cams have built-in memory and record on a continuous loop, so when the storage is full it will record over the oldest footage.

Argos sat nav buyer Hannah Coy said: “There has been a significant rise in sales of dash cams. Some insurance companies are offering a cut of 10 per cent or more in insurance to those who have a dash cam.

“The huge increase in the number of deliberate crashes has also led to people wanting to protect themselves against scams and to be able to prove their innocence.”

David Ross, Director of Communications at the Chartered Insurance Institute said, “In the absence of independent witnesses establishing responsibility for a car accident, it can be a challenge for insurers.

“The use of dashcams provides useful evidence in apportioning blame and will generally avoid lengthy and protracted negotiations that can delay settlement of a claim – and in many cases add to the costs, both of which impact customers. For this reason insurers are increasingly encouraging drivers to fit dashcams, with a number offering discounts to those customers that do so.”

About Argos
Argos is a leading UK digital retailer, offering around 50,000 products through www.argos.co.uk, its growing channels, stores and over the telephone. 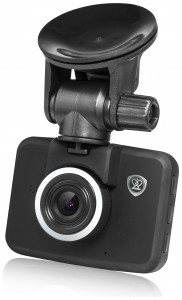