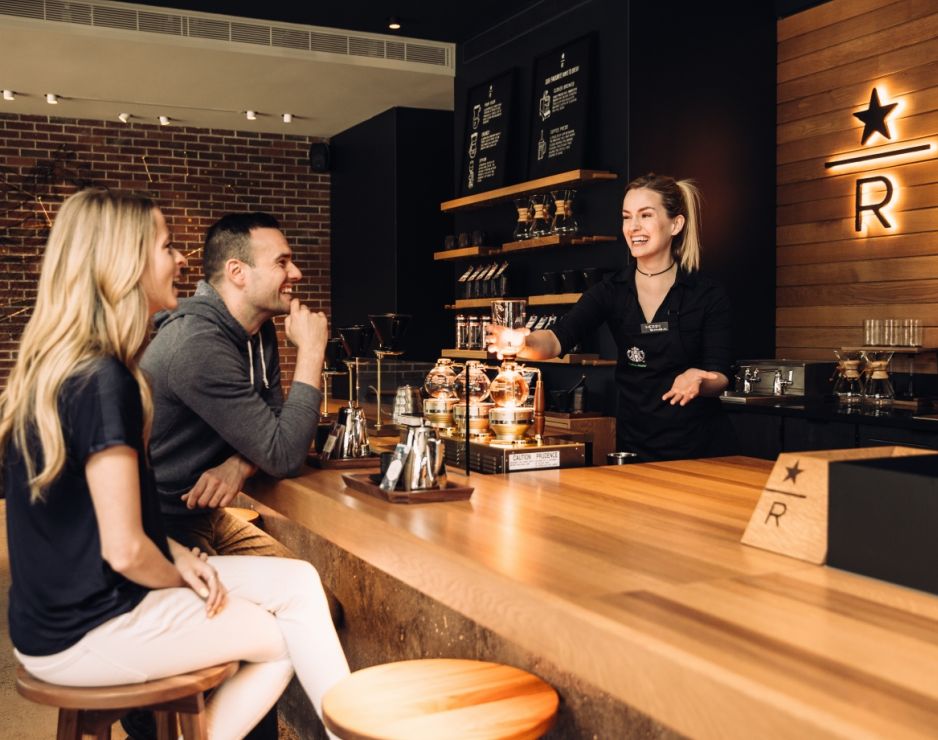 Starbucks celebrates journey in Canada over the past 30 years

Seattle, 2017-May-11 — /EPR Retail News/ — When Starbucks first store in Canada opened its doors for the first time on March 1, 1987, its success was anything but assured.

“In Seattle, we were well established, everybody knew us whether they drank our coffee or not. But quickly we learned how little Vancouver knew about Starbucks,” said Dave Olsen, a 27-year Starbucks partner who became senior vice president of culture and leadership development before he retired in 2013.

For its first 15 years, Starbucks had been a retailer of whole-bean coffee, where customers could buy, hand-scooped coffee in brown bags to brew at home. But Starbucks executive chairman Howard Schultz had a different vision, and he teamed up with Olsen to launch new Italian-style cafés. After opening two successful bars in downtown Seattle, they turned their eyes north to Vancouver to prove their concept.

Their first location would be at Waterfront Station, a grand old rail building that had recently been converted into the downtown terminus for SeaBus passenger ferry and the new SkyTrain. Week after week, Olsen drove his pickup truck over the border to interview store manager candidates and baristas, and get the equipment set up and installed. He trained the new partners, teaching not only the craft of coffee but also sharing the company’s culture and values.

“Those first stores were like children,” Olsen said. “You hope for the best for them, and you worry about every little detail.”

The early days were nerve-wracking.

“We had thought our location was very conspicuous,” Olsen said. “But it was only 600 square feet, and you could walk by us in three steps. Our customer count was about 220 on our first day. A good start, but not quite where we needed to be.”

But before long, the store began to attract a loyal following. Word got around.

“The baristas who opened our first store were terrific. They were really interested and attentive to the coffee and the customers. And the customers were also very appreciative of our efforts. Those are the two essential ingredients for success – the people behind the counter, and willing and discerning customers on the other side,” he said.

Two years later, the company opened a larger café nearby on Robson Street, which quickly became the busiest store in the company. Starbucks in British Columbia continued to grow, and served as a springboard for its expansion to Toronto in 1996, Saskatchewan in 1998, and on to Quebec and Atlantic Canada in 2000.

There are now more than 1,400 stores across Canada, and the SeaBus store has become a tourist attraction in its own right.

“People know we’re the first Starbucks store here and they take photos – we’ll pose for them, make it fun,” said Trevor Fitzgerald, a 22-year partner and store manager of the SeaBus Starbucks. “We’re close to the cruise ships, and get customers who are traveling from all over the world. For many, this could be their first trip to Canada, and we love that they can have an experience with us.”

“This new experience places coffee craft at the center of the conversation,” said Caroline Ternes, vice president, Starbucks Western Canada. “We are thrilled to offer our customers an elevated experience where they can share in our partners’ passion and expertise.”

Reflecting on the company’s journey in Canada over the past 30 years, longtime partner Lisa Essinger, Starbucks Canada’s vice president for operations and licensed stores, sums it up this way:

“While the culture has evolved, the core of it around connection and humanity hasn’t changed,” Essinger said. “That’s what we’ve always been about.”

SEATTLE, 2015-9-30 — /EPR Retail News/ — When Starbucks opened its first store at 1912 Pike, in Seattle’s historic Pike Place Market, the concept was simple: people who loved coffee wanted to help others fall in love with it, too. Customers learned something new about their favorite coffee, or discovered something new to try.

In that spirit, Starbucks has launched 1912 Pike, a blog dedicated to connecting with customers and sharing useful information about all things coffee – where and how it’s grown, how it’s best enjoyed, what it means to our planet and more.

Storytelling ranges from the creation of coffee blends and a tour of the original Starbucks store, to expert advice from Starbucks partners (employees) on grinding and brewing coffee. Regular features include a coffee drink of the day and coffee beverage recipes.

Read a selection from 1912 Pike on the development of Starbucks® Espresso Roast below, and find much more at http://1912pike.com.

A Lasting Tradition – The story behind our quintessential roast by Anthony Carroll, senior manager of coffee quality development

Dave Olsen was the coffee guy.

He created our Espresso Roast back in 1975. And even though times and palates have changed quite a bit since then, Espresso Roast tastes exactly the same as it did on day one. It has to. It’s our core. It’s where our heart is.

Dave had his first experience with “real” espresso back in 1970 while serving in Italy with the U.S. Army. He says he almost blew up his little stovetop espresso maker trying to pull the perfect shot. And once he did, there was no going back. Dave became obsessed with recreating that singular taste and experience.

Inspired by the long tradition of coffee bars overseas, Dave went on to open Cafe Allegro in Seattle, where he brewed and sold the finest quality coffee he could. But it wasn’t enough. He needed the ultimate espresso blend — the one that would take him back to the day he’d first discovered it.

Fortunately, that’s when Dave met the guys who had recently opened Starbucks. They shared his intense curiosity and passion for coffee’s possibilities. They also had a roastery. So when Dave decided he needed his own blend, he knew where to go.

Dialing in the flavor took time, with countless trials required to get it just right. They played with blends, experimented with roasts, and finally made Dave’s vision a reality. The soon-to-be-a-classic Espresso Roast was born.

The obsession paid off. That same boldness and caramelly sweet finish has been the foundation of every espresso drink we’ve ever made. It balances exquisitely with milk in lattes, cappuccinos and flat whites. It stands boldly on its own in a doppio, and even with added water in an Americano. Espresso Roast never fails to deliver.

Even now, 40 years later, we’re still finding our way to that same end flavor with each new batch of beans. It’s not easy. There’s no school for what we do here – it’s more like one long apprenticeship. I learned what I know from Andrew Linnemann, who learned it from Mary Williams, who learned it from Dave Olsen himself.

Sometimes, I don’t know how we make it happen. But now it’s all on me to ensure Espresso Roast stays true to its proud history. And how will I know we have? Only when Dave visits the tasting room, pulls a shot, drinks it, and tells us we’re still doing it right.

No matter how many times we’ve earned Dave’s seal of approval, I still get butterflies every time he walks in. 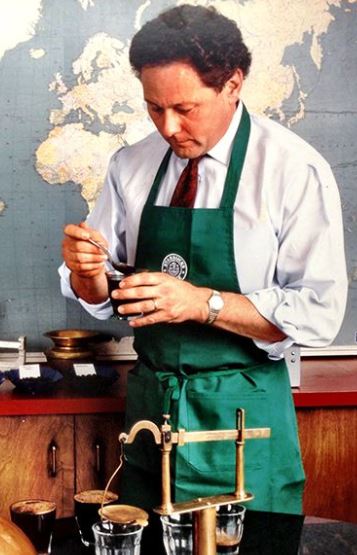 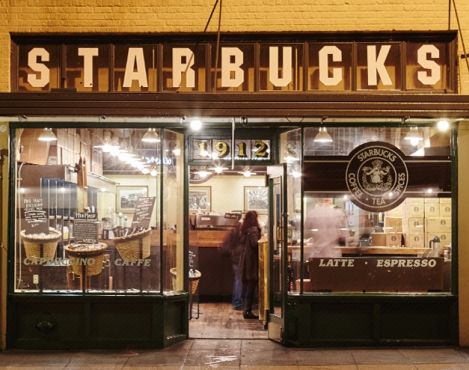