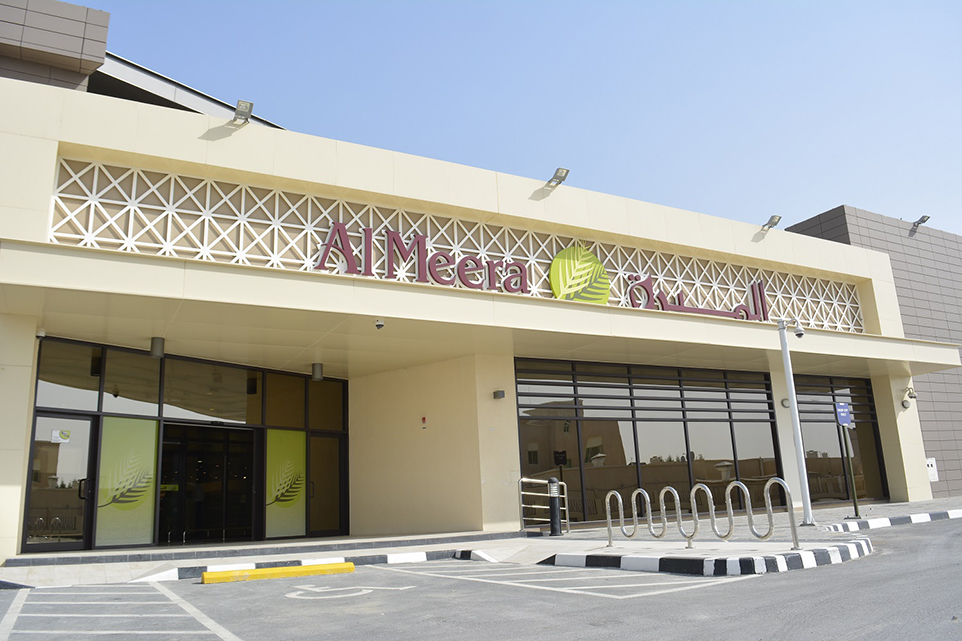 DOHA, Qatar, 2017-Mar-15 — /EPR Retail News/ — As part of the Company’s ambitious expansion strategy being implemented to reach customers across all regions of the country, along with providing its exceptional services to various segments of society, Al Meera Consumer Goods Company (Q.S.C) has opened its new branch in Al Wakra (East), making it the third Al Meera branch to open its doors to consumers in Al Wakra.

The opening of the new shopping center comes in the framework of Al Meera’s Corporate Social Responsibility, in terms of providing the highest quality products to the communities in which it operates at affordable prices, as well as keep pace with the urban and population boom Qatar is witnessing, in line with the Qatar National Vision 2030.

The new Al Wakra (East) shopping center is located in the Al Jabal Area, with the branch entailing a total 2267 m2, of which around 1500 m2 is the supermarket area. The branch provides sections for vegetables, fruits and delicatessen, along with self-service stations for chicken and meat; in addition to a number of shops and restaurants, which will begin providing its services to the shopping centers’ visitors at the soonest.

The shopping center was built in accordance with the highest international standards and has been furnished with modern interior designs and lighting systems that ensure a distinctive shopping experience. The center feature a supermarket equipped with world-class technologies and facilities, in addition to a large outdoor parking space, further fulfilling the Company’s vision of becoming consumers’ ‘Favorite Neighborhood Retailer’.

“We are committed to providing the best services to all citizens and residents in the State of Qatar, especially for the city dwellers that witnessed a great population growth. Hence the opening of the Al Wakra (East) branch comes as a result of the massive growth witnessed by Al Wakra, whose rise in residents required another branch to meet their needs.”

He continued: “Al Meera continuously seeks to support the Qatar National Vision 2030 in the nation’s plans for urbanization development. We are very pleased to be serving yet another segment of the Qatari community and look forward to the opening of our upcoming branches. We also commend the efforts of all Al Meera’s employees, and to all those that contributed to the development of its services and to achieve our long-term goals.”

Community shopping centers represent an important element in the growth and development strategy that Al Meera is pursuing, as it serves Al Meera’s expansion plan which aims to reach all segments of society, across all regions in the State of Qatar.

The current expansion phase of the 5 stores that was put in motion, which is set to add a total of 9,709 m2 Supermarket Area to the Company’s presence in Qatar, is part of Al Meera’s ‘14 shopping centers’ expansion plan that was announced in 2015. With the opening of the Leaibab 2 branch, set to be launched during the beginning of Q2 2017, Al Meera will have brought the Company’s expansion phase to fruition.

Along with the aforementioned, there are 6 stores that are currently under construction that began during the second half of 2016, which will include branches in Rawdat Aba El Heran, Azghawa, Leaibab, Umm Qarn, Al Khor and Sailiya. These state-of-the-art stores will bring the expansion plan to a total of 11 out of 14 branches, in line with Al Meera’s vision to provide consumers from various regions across the country their shopping needs under one roof, synonymous with its motto of being everyone’s ‘Favorite Neighborhood Retailer’.