Paris, 2016-Jul-10 — /EPR Retail News/ — For the last hundred years, Acqua di Parma has been creating fragrances and beauty products with age-old savoir-faire. This year the House is celebrating a century of Italian lifestyle, elegance, and master craftsmanship.

Since its beginnings in 1916, Acqua di Parma has called upon the most meticulous handcrafted excellence. All its products are crafted in small Italian ateliers, whose secrets and expertise have been passed down from generation to generation. Acqua di Parma artisans use rare essences, waxes, leathers, wood and refined metals to created fragrances, scented candles and sophisticated leather accessories.

To celebrate its first century of existence, Acqua di Parma naturally chose the city of Parma. This is where the House first came to life in 1916, in a small laboratory in the old village. Parma’s building facades inspired Acqua di Parma’s signature yellow color, and the town’s shield appears on the labels applied by hand on each product. To honor the intimate ties between the brand and the city, and its commitment to Italian art and culture, Acqua di Parma is celebrating its centennial via a rich artistic and cultural program.

Architecture, artworks, musical and theatrical venues were lit up for the festivities that animated the city in late May. Events and activities included a journey to the heart of craftsmanship in the workshops of the city, a stage performance at the Teatro Regio featuring the star dancer Roberto Bolle, and theater and lyrical performances at the Teatro Farnese to accompany the presentation of the book Essere Parma. Released by Acqua di Parma on the occasion of its anniversary, the book celebrates the atmosphere of Parma, with photos by world-renowned photographer Giovanni Gastel and text by the writer Antonella Boralevi.

Acqua di Parma also marked the hundred-year anniversary of Colonia, the first Italian cologne and a symbol of Italian elegance. While the formula of the iconic fragrance has remained unchanged for a century, its case has been revisited for the occasion. Colonia Centenary Edition is a limited edition designed by the Italian haute jewelry brand Damiano to evoke a stunning jewel. The House has crafted only one hundred examples of this exclusive design, reflecting one hundred years of savoir-faire that resonate with Acqua di Parma’s reputation today. 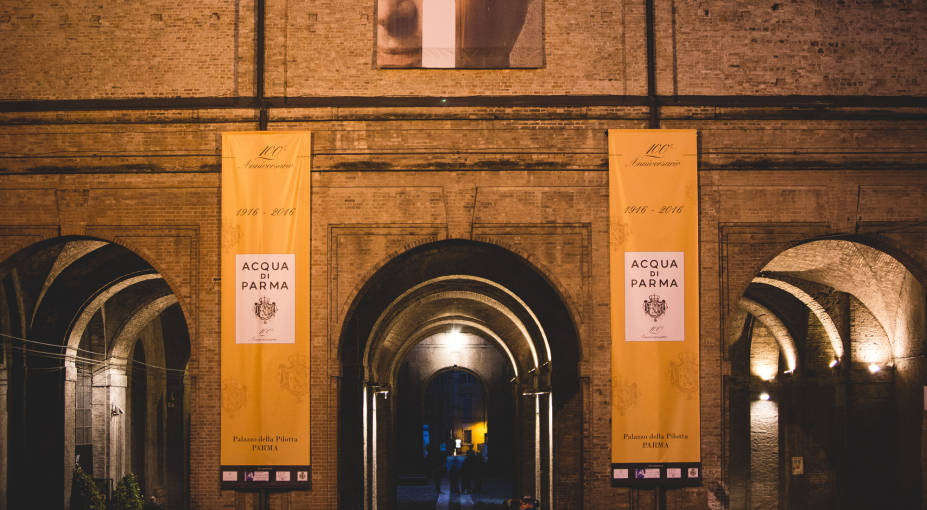