SEATTLE, 2015-3-2 — /EPR Retail News/ — Long before Kevin Johnson was named Starbucks president and chief operating officer, and a decade before being appointed to the company’s board of directors, he was a Starbucks customer.

“Like everyone else, I started walking into my local Starbucks for coffee and became a part of what millions of people now consider to be their daily ritual,” said Johnson. “What I noticed then, and what I continue to appreciate now, is the authentic and thoughtful ways partners (employees) create a great experience for customers and bring the brand to life.”

With partners and customers in mind, today Johnson begins his new role with Starbucks. In January, Starbucks announcedJohnson would join the company’s senior leadership team following Troy Alstead’s decision to take a sabbatical after 23-years with Starbucks.

As Starbucks president and coo, Johnson will manage all operational functions including the global businesses of Starbucks in the Americas, EMEA and China/Asia Pacific. He will also oversee Starbucks global supply chain which works with more than 21,000 stores in 66 countries worldwide. From coffee to cups to chairs and more, the global supply team manages more than 85,000 outbound deliveries per week to Starbucks retail stores, distribution channels and outlets.

Johnson will draw on his decades of experience in the tech industry to direct Starbucks information technology, and mobile and digital platforms.  He’s a longtime tech leader having served as CEO of Juniper Networks and as a Microsoft executive. At Microsoft, he led worldwide sales, marketing and services which gave him key insights in running a large customer-facing global operation. Johnson said he has a “great deal of passion for innovation and the role technology plays in improving lives.”

“The digital revolution has put mobile devices in the hands of consumers and cloud computing enables new types of services. The businesses that utilize technology to enhance their customers’ experiences are going to be the big winners in the years to come. I’d definitely put Starbucks in that category,” Johnson said.

He has helped guide Starbucks digital strategy since joining the company’s board of directors in 2009 – the same year the company introduced its My Starbucks Rewards loyalty program which now has more than nine million members. The most recent innovation for customers, the launch of Mobile Order & Pay, will expand and the company will debut mobile delivery via the Starbucks app later this year.

“The opportunity for me to be a part of Starbucks, which is clearly a leader in the digital space, is both very exciting and humbling,” he said.

Johnson’s commitment to digital innovation extends to nonprofit businesses. He was a founding board member of NPower, an organization that provides other nonprofits with access to technology and the skills needed to fulfill their social missions. That includes helping young adults and veterans through free tech and professional skills training. Johnson is also involved with Catalyst, a leading nonprofit that focuses on expanding opportunities for women in business. And he supports Youth Eastside Services, one of the largest providers of youth and family counseling assistance in the Seattle area.

Family is at the “center of my world,” said Johnson, who grew up with his brother and sister in a small town in New Mexico. Johnson’s father was a theoretical physicist; his mother a pediatric nurse.

“I hope that I’ve taken on the best of my parents’ characteristics – the analytical, logical thoughtful nature of my father and the compassionate and caring characteristics of my mother,” he added. Kevin and June Johnson have two sons, ages 27 and 30, and one grandchild.

About Starbucks
Since 1971, Starbucks Coffee Company has been committed to ethically sourcing and roasting high-quality arabica coffee. Today, with more than 21,000 stores around the globe, Starbucks is the premier roaster and retailer of specialty coffee in the world. Through our unwavering commitment to excellence and our guiding principles, we bring the unique Starbucks Experience to life for every customer through every cup. To share in the experience, please visit our stores or online at Starbucks.com and news.starbucks.com 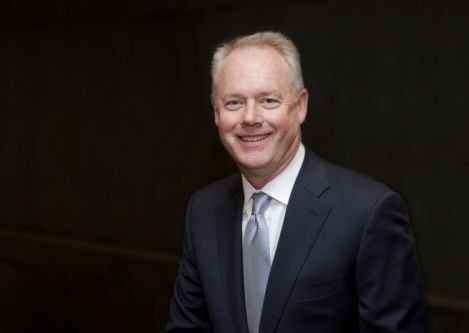