Pasay City, Philippines, 2015-10-30 — /EPR Retail News/ — Malls, which belong to the so-called “brick-and-mortar” businesses, will continue to “click” despite the evolving retail landscape which is enabled by the explosion of digital formats. Speakers attested to this during the recently held SM Partners Summit in line with SM Supermalls’ 30th Anniversary, with the theme, “Bricks Click” at the SMX Convention Center in Pasay.

“As you all know, much has happened since we opened our first mall thirty years ago – – the retail landscape has become more global and competitive, technology has forever changed the way we live and do things, and customer tastes have changed along with the times,” Sy said.

According to Sy, brick-and-mortar businesses like shopping malls have evolved with the times, surviving major and economic political shifts and changing the Filipino lifestyle.

In 1985, SM Founder Henry Sy,Sr. opened his first shopping mall, SM City North EDSA after seeing that suburbs in the United States were being built in the outskirts of big cities, with a shopping mall as the center. Sy believed that this would also happen in the Philippines.

“When we started building SM City North EDSA in 1983, people thought my father was crazy.  There was a political crisis; interest rates were as high as 45%, and the location of the mall was in the middle of nowhere.  They said that SM City would not succeed, but the mall was an instant success.  And the rest, as they say is history.  And that is why we are all here today after thirty years,” the younger Sy said.

Malling became more of a phenomenon when SM Megamall in Mandaluyong was built in 1991 amidst an energy crisis. Once again, the mall’s success affirmed the competitive business model that Mr. Sy developed.

SM soon opened SM City Cebu in November 1993, its first provincial mall, which was followed by an aggressive expansion program in key cities around the country.

In 2006, SM Mall of Asia in Pasay City was opened, SM’s premiere mall destination in the region. It soon introduced more upscale projects like SM Aura Premier in Taguig and expanded Megamall in 2014 with the Mega Fashion Hall.

“We have seen changing lifestyles in a world that is more global in perspective, and more technologically advanced and environmentally concerned. But together, we have changed the Filipino lifestyle forever,” Sy said.

Steven Tan, Senior Vice President of SM Supermalls said that today’s breed of shoppers are not the “shop and go” types. “Right now they’re very experimental. They really want the experience,” he said.

In order to cater to this new breed and to enhance the shopping experience, SM has introduced more international retail brands, more interesting food concepts as well as services geared towards enhancing wellness and providing greater convenience. These include spas, dental clinics, and waxing salons, to name a few.

Catering to the changing preferences of shoppers, Tan said that SM has increased its food tenants over the years. “When I joined SM Supermalls some 11 years ago, the food ratio is 5% of the tenant mix. Right now, the food ratio is 30%, can you imagine that from a low of 5%,” Tan said.

As further proof that bricks do click, SM malls also introduced Cyberzone, the ultimate technology and lifestyle center which provides service centers and consumer electronics at a convenient location. It was in SM North Edsa where the “Cyberzone” was conceptualized and eventually became a standard in most SM malls. It is also home to more than 1,800 inline stores and kiosks.  It also features over 50 concept stores with international names like Apple Premium Resellers (Power Mac, iStudio, iStore), Samsung, Sony, LG, Lenovo, HP, Acer, and local players such as MyPhone, Cherry Mobile, Star Mobile, Cloudfone, and Halo Accessories. It also houses the largest collection of top IT brands in the country and is the venue for the most exclusive events in information technology.

Through its retail arm, SM is exploring e-commerce to provide its shoppers with more choices and convenience. Even with the onslaught of online formats, SM continues to enhance its lifestyle malls to provide shoppers a more exciting and educational experience.

Sy said that SM’s iconic malls will soon undergo changes to transform the malling experience to “a whole new level”. The Podium in Ortigas, which is a venture with SM Keppel Land, Inc., will elevate the lifestyle scene with premium retail and dining.  He also said that the SM Mall of Asia will break boundaries with an expansion plan that includes a rooftop botanical garden, a football field, a vast lifestyle area lit by a stuning sunset, a Galleon Museum and a theater for the performing arts.

“All in all, we plan to develop four to five new malls in the Philippines each year, with our long- term goal of having 100 malls around the country.  That sounds like an impossible dream, but with your support we know we will be able to achieve this,” Sy told retail partners.

Motivational speaker Francis Kong who was also a speaker at the SM Partners Summit also said that the “touch, try and feel” culture of Filipinos will never make the brick and mortar businesses “go away”. “Filipinos want an immersive experience. The malls provide a holistic experience. SM’s business is in the totality of the experience, that’s why you will continue to grow,” Kong said. 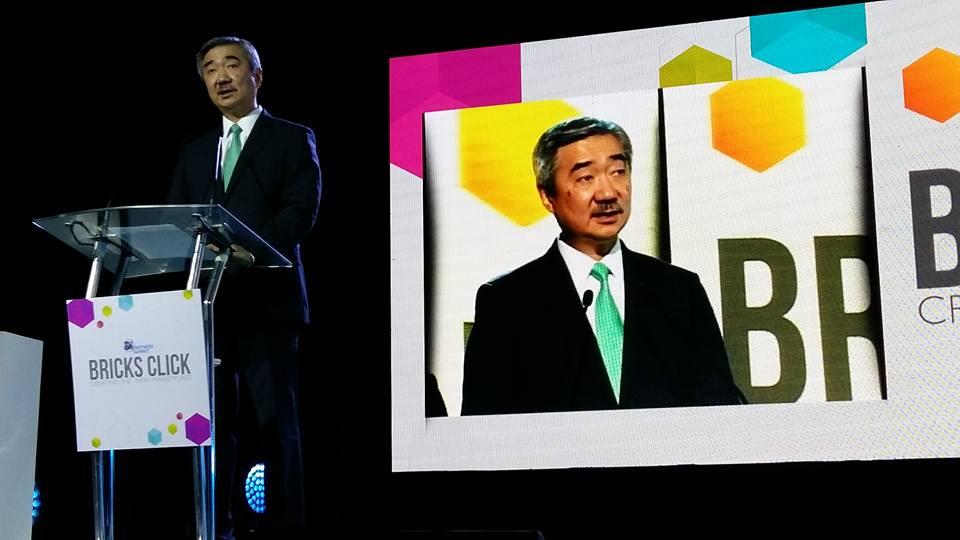