CHESHUNT, England, 2015-9-8 — /EPR Retail News/ — British cherry growers are on course for their most productive season for over 30 years, latest industry figures can reveal.

Even better news for growers is that UK cherries are also in high demand with Tesco seeing record sales of nearly 80 per cent compared with what it sold in 2014.

The greater availability has led to Tesco more than doubling the amount of cherries it buys from British growers this summer.

Last year the supermarket bought more than 335 tonnes of British grown cherries while this year it took more than 750 tonnes – a rise of 125 per cent.

Tesco cherry buyer Tom Emmett said: “Shoppers prefer British cherries as they’re considered to be amongst the best in the world – not only the richness of their taste but also the juiciness of their flesh and overall texture. Nothing beats a British cherry.

“It’s all about availability – if we can get British grown cherries then we know our shoppers will buy them. They are extremely popular and one of the absolute joys of summer.”

English cherries were once one of Britain’s most popular fruits but poor weather, high labour costs and old-fashioned picking methods saw volumes of home grown cherries greatly diminish over the last 50 years.

The importation of cheaper cherries from Turkey, Spain and America also contributed to the decline in UK production.

Production hit rock bottom in the year 2000 when the entire British cherry industry produced just 400 tonnes. But since then things have slowly started looking up again.

More and more British growers are now seeing higher yields by using dwarf root stock, grafted onto new tree varieties. These produce much smaller trees which can be grown in plastic tunnels, creating a micro climate with temperatures similar to the Mediterranean.

And these new smaller cherry trees can now be picked by workers on foot rather than ladders, cutting costs still further and enabling English cherries to compete with foreign rivals for the first time in many decades.

Tom Emmett added: “At the moment demand for British cherries exceeds supply. The good news is that by the end of the decade we should be able to completely meet that demand for the whole for the whole British season. That’s an amazing turnaround from just ten years ago.”

One of the UK’s biggest cherry producers is Haygrove Growing, whose 100 acre orchards are based near Kington in Herefordshire.

Their Managing Director James Waltham said: “Thanks to a combination of great varieties which are better suited to the UK climate, year-on-year performance of cherry orchards in general is far more consistent than it used to be, bringing greater yield and superior quality fruit.

“The British cherry season is also growing. Where it once lasted barely two months, the season now extends from early June until early September; thanks both to new varieties and modern growing systems, particularly the use of polytunnels.

“We’ve also had a good growing season. After a mild autumn in 2014, followed by a winter that was sufficiently cold, we had good weather for pollination at spring. Weather through the summer has also been relatively good with no periods of excessive heat”. 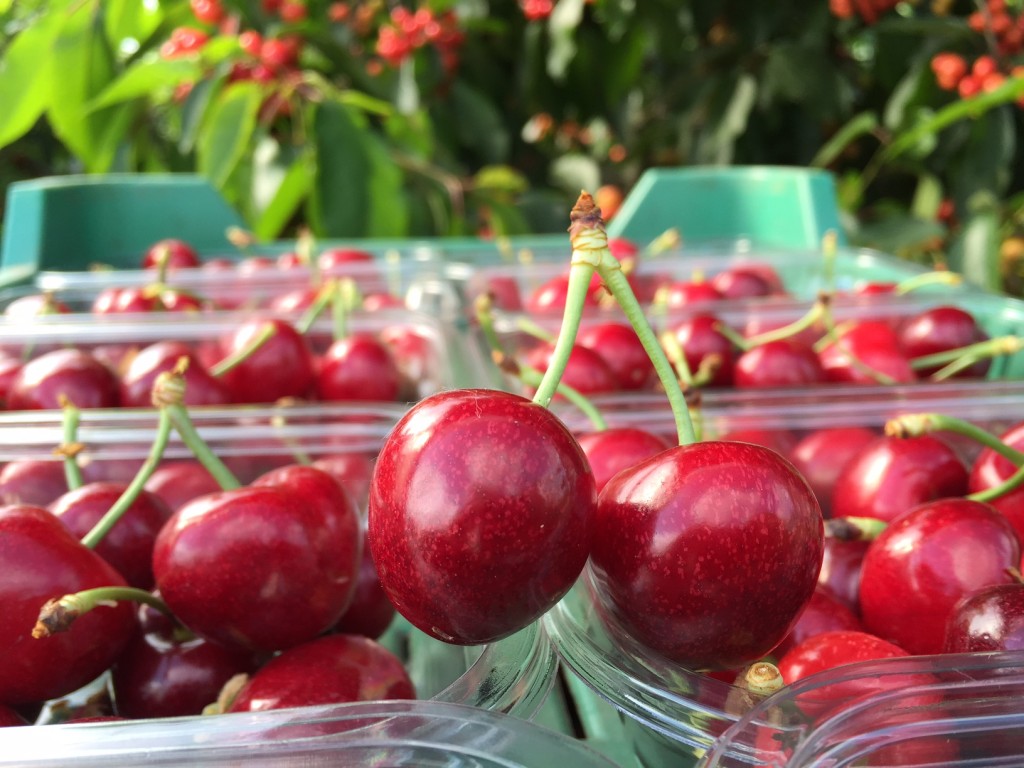