Fendi celebrated its 90th anniversary with a spectacular show in Rome, its home city, presenting a collection created by Karl Lagerfeld in a fairy tale décor at the Trevi Fountain.

ROME, Italy, 2016-Jul-12 — /EPR Retail News/ — Fendi opened its first store in Rome in 1926. Ninety years later, the Italian House is celebrating its unique savoir-faire with a tribute to its home city. Fendi dazzled guests during a grandiose anniversary fashion show against the breathtaking backdrop of Rome’s Fendi Fountain. Restored by Fendi in 2015, the iconic Roman monument had a transparent plexiglass runway stretched across the pool. Models literally walked on water in creations by Karl Lagerfeld, Creative Director of Fendi Womenswear for more than 50 years.

The Roman House also inaugurated the exhibition “Fendi Roma – The Artisans of Dream” on the first floor of the Palazzo dellà Civilta Italiana, and gave guests a special preview of a book that pays tribute to the close ties between Fendi and the Eternal City. 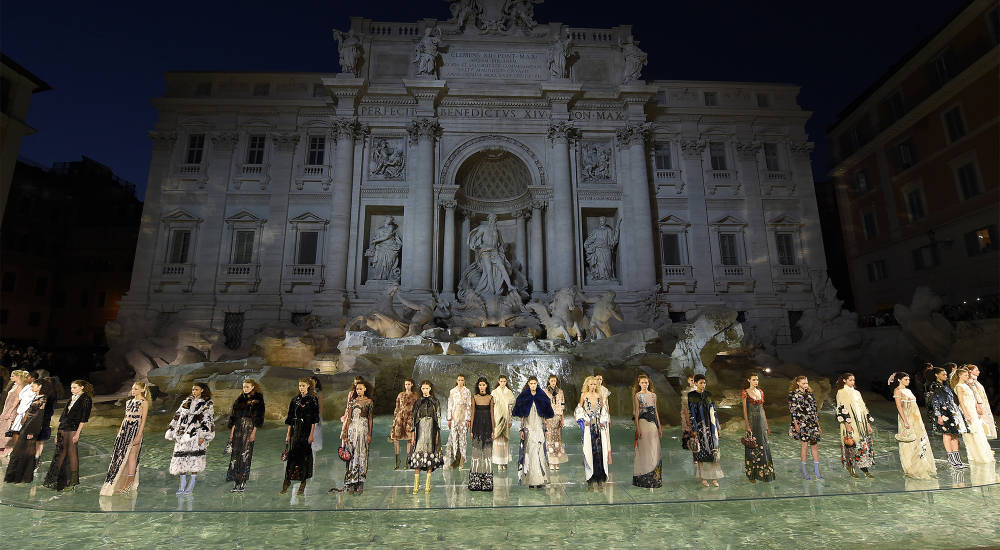