Pasay City, Philippines, 2015-9-3 — /EPR Retail News/ — Today (September 1, 2015), the SM Group announced a collaboration with The Walt Disney Company Southeast Asia to bring the Disney brand of stories closer to Filipinos through mall, retail, entertainment and amusement opportunities. The two companies aim to bring Disney, Marvel, Pixar and Star Wars brands to life through unique Disney experiences at SM’s many leisure and entertainment properties. Fans can look forward to a host of innovative offerings including Disney branded events, promotions and other unique experiences themed around fan-favorite Disney brands and characters.

“We are thrilled to be associated with the iconic Walt Disney Company. Mr. Henry Sy Sr. envisioned and purposed a second home for Filipinos across the nation where they can create memorable bonding activities with their families through amusement facilities, retail centers, and food establishments, all found in one mall,” says Edgar Tejerero, president of SM Lifestyle Entertainment, Inc. “65 years later, and with 52 malls across the Philippines, it had just been high time that SM forged an official collaboration with the best family entertainment company in the world.”

“Every day, we make millions of Filipinos laugh and smile with our stories and characters from Disney, Marvel, Pixar and Star Wars. We have worked with the various arms of SM group over the years and today we are delighted to announce our collaboration on a comprehensive plan to create magical moments and memories that will last a lifetime for fans across the Philippines,” said Rob Gilby, Managing Director, The Walt Disney Company Southeast Asia.

Both SM and Disney have given, and continue to give, customers happy lifetime memories across all generations. Both brands offer a legacy, a tradition, a way of life—a world that customers identify with and find attachment to. Through this partnership, SM will continue to create these experiences and bring the Disney magic closer to Filipinos.

SM has synergized the efforts of all its subsidiaries — including SM Supermalls, SM Markets, The SM Store, Toy Kingdom, and its lifestyle and entertainment arm, SM Lifestyle Entertainment, Inc. – to produce a complete and one-of-a-kind Disney experience for its patrons: from the moment they enter the mall to watch a movie, to the time they purchase their favourite snack and Disney merchandise. Patrons can also take their SM Cinema and Disney experience with them home, or wherever they go, through the newly launched Blink app.

As a precursor to an already successful association, Disney and SM have worked hand in hand to bring multiple experiential events to the Filipino families such as the recent Avengers Experience in SM North Edsa, wherein guests were treated to life-size characters, avenger-themed games, and a meet and greet with Captain America, Thor, and Black Widow.

To officially jumpstart its formal bond as allies, SM and Disney will be launching a “Star Wars Galactic Christmas” to welcome the latest instalment of the movie, “Star Wars: The Force Awakens.” The exhibit will include life-size figurines of characters from the movie, interactive games, and official merchandise from the SM Store and Toy Kingdom.

Watch out for the “Star Wars Galactic Christmas” event in Select SM Supermalls near you.

About The Walt Disney Company in Southeast Asia (NYSE:DIS)
The Walt Disney Company has been active in Southeast Asia since 1995 when Disney Channel first launched in Malaysia and has grown to five offices in the region (Malaysia, Thailand, Indonesia and the Philippines) with the headquarters in Singapore, employing over 300 permanent staff. Disney is one of the most active and largest global entertainment companies in the region with diversified businesses in film, consumer products, publishing, mobile content, television and family entertainment overseeing content from six key brands: Disney, Pixar, Marvel, ESPN, ABC and Lucasfilm.

Television is a key driver in growing the Disney brand in the region. The three Disney-branded channels available across the region are: Disney Channel, Disney Junior and Disney XD. The company also distributes Disney owned programs and channels to television, mobile, broadband and on-demand platforms to over 25 Southeast Asian providers including terrestrial broadcasters, pay-TV and channels as well as digital platforms.

Studio Entertainment reached new box office heights with several titles in 2015. Big Hero 6 was a phenomenal animation success for SEA, and set new records as the biggest animation release of all time in several markets. Marvel’s Avengers: Age of Ultron achieved the Biggest Opening Weekend in Philippines and was the 2nd Biggest Opening Weekend in Singapore, Thailand and Vietnam.

From apparel and toys to food and stationery, Disney Consumer Products (DCP) is the world’s leading licensor and works with over 400 licensees across all product categories in Southeast Asia for all ages and lifestyles. Disney Publishing is active in 6 countries in 6 different languages in Southeast Asia, publishing a diverse range of products in the region including story, activity and e-books, magazines and comics that reach a wide demographic from pre-schoolers to pre-teens and adults. For more information, please visit www.Disney.ph. 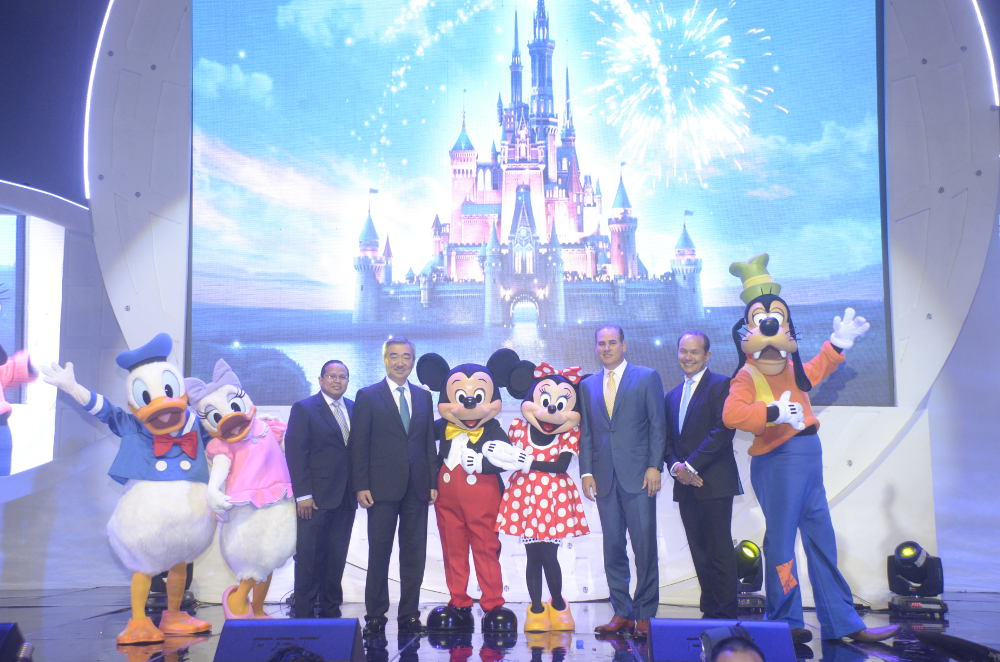