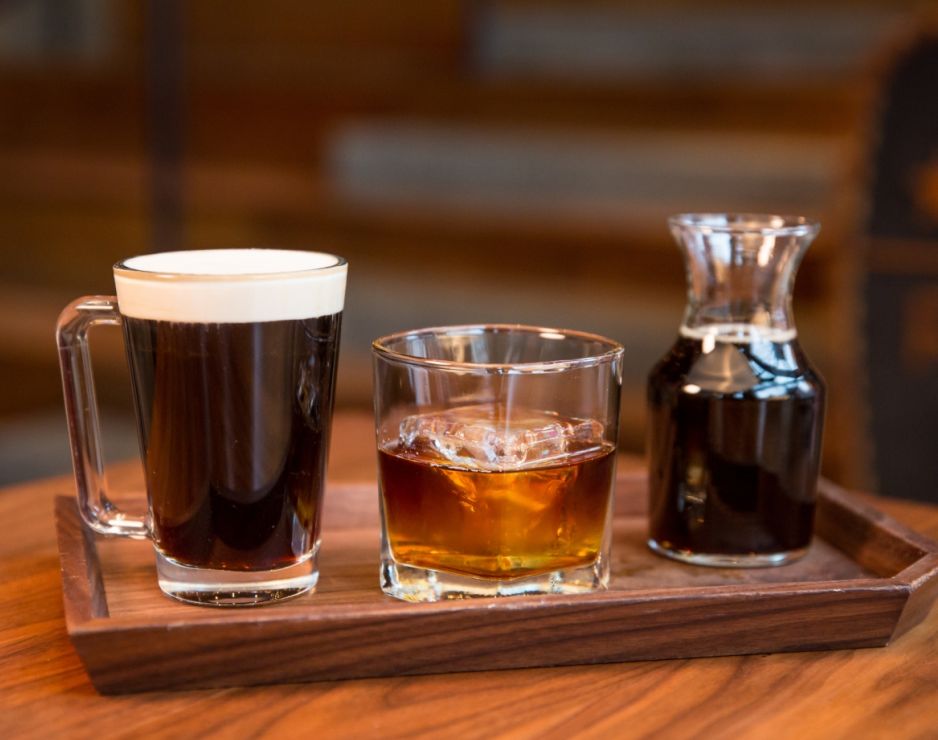 Seattle, 2017-Mar-07 — /EPR Retail News/ — The centuries-old craft of barrel aging has long been a source of culinary inspiration, influencing everything from sugars and chocolates to sauces and ciders. Here the extraction of distinct flavors imparted by the barrel enhance the integrity of the product it meets. Naturally, the versatility of green coffee seemed like the perfect pair with the barrel aging technique.

“Exploring the potential of coffee and marrying nontraditional experiences and techniques together is something we’re experimenting with daily,” says Duane Thompson from Starbucks beverage R&D team. “We start with the bean first and go from there.”

Thompson began practicing barrel aging as a hobby in his garage four years ago, He saw the barrel-aging technique as something that takes true craftsmanship, and he was drawn to the idea that things get better with age.

“As a chef and a food scientist, experimentation is central to my being,” he said. “My neighbors would tease me about all the barrels in my garage. I’d play with infusing spices like cinnamon sticks and cardamom just to see what flavors would be imparted.”

Thompson’s passion was shared by the Starbucks Coffee team, which offered the opportunity to use a small-lot coffee from the Starbucks Reserve® brand in a new way. The result, Starbucks Reserve® Whiskey Barrel Aged Sulawesi, is available starting today (March 6) for a limited time. This Seattle Roastery exclusive coffee is featured in two new specialty beverages and as hand-scooped whole bean coffee to take home.

“There’s no better stage than the Starbucks Roastery for a unique coffee like this because customers are seeking an immersive, sensorial experience that the craftsmanship of barrel-aged coffee delivers,” said Thompson.

The Roastery’s first barrel-aged coffee starts with just a small 800-pound batch of green (unroasted) Starbucks Reserve® Sulawesi beans hand-scooped into freshly emptied American Oak-Aged Whiskey Barrels from Woodinville Whiskey, Co. Over several weeks, the beans absorb the whiskey flavor. They are hand-rotated frequently to ensure all the coffee comes into contact with the oak barrel. This process is different than the typical aging process Starbucks uses for its Aged Sumatra, which rests in burlap bags.

After the beans age, they are roasted by Starbucks master roasters. Although the intense heat of the roasting process burns off the alcohol, the aroma and flavor of the whiskey’s identity still come through.

“The process takes time, care and patience, ensuring we deliver a distinct experience that stays true to the specialness of the coffee while imparting the complementary, distinguished flavor of the oak-aged barrel,” Thompson said. “You get those earthy notes mingling with the oak to create a cup that’s unlike any other.”

The Starbucks Reserve Roastery is serving up exclusive beverages made with Whiskey Barrel Aged Sulawesi and its own vanilla barrel-aged syrup:

The beverage starts with a slow-steeped Whiskey Barrel Aged Sulawesi that’s sweetened with vanilla syrup in a carafe. It’s served as a sidecar next to a glass with a large cube of ice.

“The cold-brewing allows for more caramel flavor to come through from the barrel, along with the vanilla, for a beautifully rounded beverage,” Thompson said. “You get the building of the flavors at every single level. It is complex, but not complicated.”

Thompson sees the Roastery as a stage that brings opportunity for innovation with its small-lot Reserve coffees, each with their own identity.

“It’s a really exciting time to be in coffee,” said Thompson. “This meticulous process has been rewarding and hopefully it’s an unforgettable taste in the cup for our customers.”