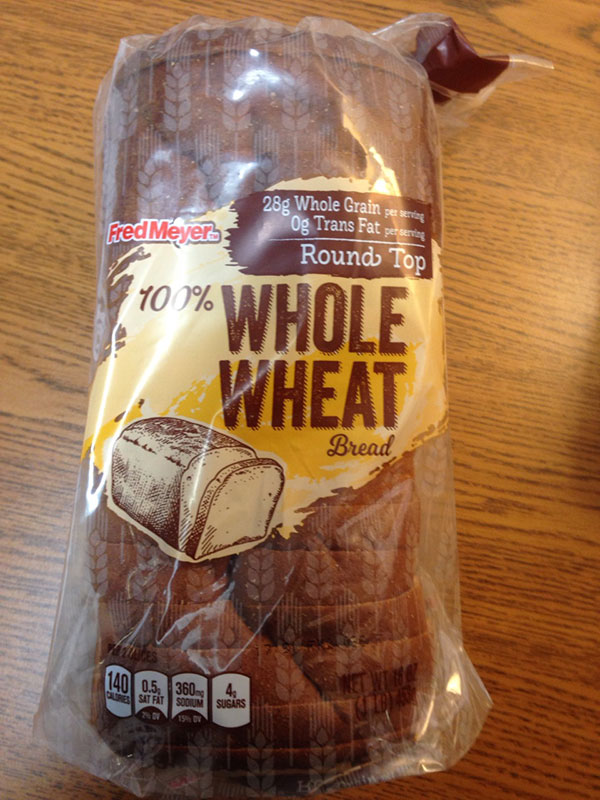 People who have an allergy or severe sensitivity to milk run the risk of a serious or life-threatening allergic reaction if they consume this product.

There have been no reports of illness to date.

The recalled product is packaged in plastic bread bags and was sold in Fred Meyer stores located in Alaska, Idaho, Oregon and Washington.

Fred Meyer has removed this item from its stores and initiated its customer recall notification system that alerts customers who may have purchased recalled products through register receipt tape messages and phone calls.

The issue was discovered at the manufacturing facility.

Customers allergic to milk who have purchased the above product should not consume it and should return it to a store for a full refund or replacement.

People who are allergic to milk or soy could have a severe reaction if they consume this product. For consumers who are not allergic to those two allergens, there is no safety issue with the product.

Fred Meyer has removed this item from its store bakery departments and initiated its customer recall notification system that alerts customers who may have purchased recalled Class 1 products through register receipt tape messages and phone calls.

Customers allergic to milk or soy who have purchased the above product should not consume it and should return them to a store for a full refund or replacement.

Customers who have questions may contact Kroger at 1-800-KROGERS.

Every day, the Kroger Family of Companies makes a difference in the lives of eight and a half million customers and 431,000 associates who shop or serve in 2,778 retail food stores under a variety of local banner names

in 35 states and the District of Columbia. Kroger and its subsidiaries operate an expanding ClickList offering – a personalized, order online, pick up at the store service – in addition to 2,230 pharmacies, 785 convenience stores, 323 fine jewelry stores, 1,400 supermarket fuel centers and 38 food production plants in the United States. Kroger is recognized as one of America’s most generous companies for its support of more than 100 Feeding America food bank partners, breast cancer research and awareness, the military and their families, and more than 145,000 community organizations including schools. A leader in supplier diversity, Kroger is a proud member of the Billion Dollar Roundtable.

Lynn Gust to Retire After 45 Years of Service

Lynn Gust will retire from the company after 45 years of service, effective January 31.

“Throughout his distinguished career, Lynn as always led by empowering, encouraging and supporting others,” said Rodney McMullen, Kroger’s chairman and CEO. “Lynn is widely respected throughout our company and industry for his passion for people, the food business, and the communities we serve. The entire Kroger family wishes Lynn and his family all the best in retirement.”

Mr. Gust started his career with Kroger in 1970 as a parcel clerk at Fred Meyer’s Fourth Plain store in Vancouver, Wash. In 1972, he entered Fred Meyer’s food management program and advanced to serve in a variety of leadership roles in the division, including food department manager, training coordinator, grocery buyer and director of grocery sales & merchandising. He also attended the Cornell Food Executive Program in 1994. After serving as group vice president for the food group, he was named senior vice president of the store operations group in 2003. Mr. Gust was named executive vice president of corporate merchandising and advertising in 2006, followed by vice president of operations in 2011. He was promoted to president of Fred Meyer in 2012.

Following his retirement, Mr. Gust and his wife, Julie, will continue to be active in many community organizations in Portland and beyond, including serving on the Board of Trustees for Randall Children’s Hospital.

Mr. Burt is currently president of Kroger’s Central Division, which operates food stores primarily in Indiana and Illinois. His successor will be named at a later date.

“Jeff is a strong, dynamic leader who brings out the best in our associates,” said Mr. McMullen. “His enthusiasm for serving our customers combined with both broad and deep experience in our business – including in the Pacific Northwest – will serve our Fred Meyer team well. We are grateful he agreed to take on this important role.”