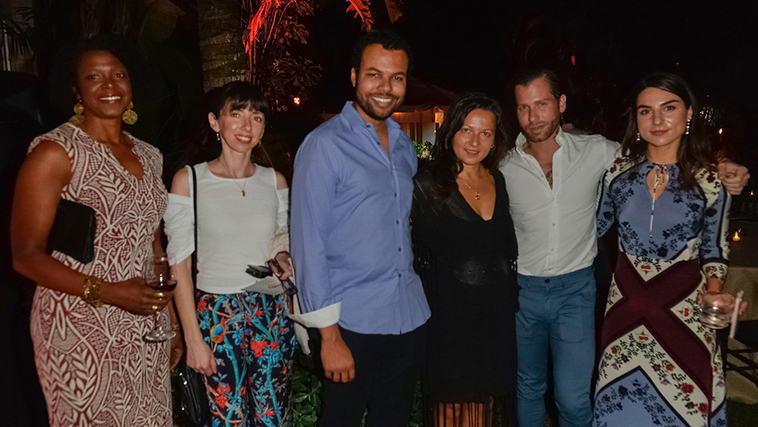 eBay Collective doubles its number of dealers and inventory

Since launching in 2016, eBay Collective has doubled its number of dealers and inventory, providing shoppers with a one-of-a-kind selection of furniture, art, antiques and design.

eBay Collective launched in late 2016 and has continued to gain momentum, doubling the number of dealers and inventory, partnering with designers and generating a shoppable blog of related content. The platform provides a one-of-a-kind selection of furniture, art, antiques and design for eBay’s 171 million active buyers.

In the past few months, the platform welcomed such estimable dealers as R & Company, Michael Del Piero, French Art Deco Furniture, Inc. and Fred Silberman. All the dealers are showcased in the Dealer Directory, allowing users to Shop by Dealer.

About the new dealers:

R & Company represents a distinguished group of historical and contemporary designers whose work is among the most innovative and finely crafted of their time. It was founded by Zesty Meyers and Evan Snyderman in 1997 to realize their combined goal of promoting a closer study, appreciation and preservation of 20th and 21st century design.

Michael Del Piero founded Michael Del Piero Good Design in 2007 based on three simple principals: Strive for balance. Create interiors as current as they are enduring, as sophisticated as they are approachable, and as unusual as they are beautiful. And take care of clients as if they are royalty, serving their needs and lifestyles above all else.

David Hugon is the owner and founder of French Art Deco Furniture Inc. David started in the Art Deco business over 25 years ago. David is the premier Direct Importer of all types of French Art Deco furnishings into the USA. Davids extensive reach directly to the best French sources allows him to offer the highest quality items sourced from Hotels, Chateaus, Private Estates. He often travels directly to France to personally acquire his treasures and offer them at a sharply reduced wholesale price.

Fred Silberman Antiques began collecting and dealing 20th century Italian furniture and decorative arts nearly 50 years ago. Purely out of his interest in the history and craftsmanship, Fred Silberman’s business reflects an understanding and deep appreciation for the art form and as he says, “nobody else was doing it.” The result is a uniquely curated inventory of Italian furniture and decorative arts. Naturally, none of the pieces were mass-produced, they are bought from previous owners, or acquired over the years from fellow collectors.

eBay Collective takes the hassle out of searching by bringing together a single, curated experience of unique, high-quality items. eBay has always been known for uniqueness and selection. eBay Collective provides a premium experience bringing together antiques and collectables. The site offers a cutting edge interface, using eBay’s Corrigon acquisition for its “Shop the Look” technology which allows shoppers to match inventory with other featured items.  eBay Collective also leverages eBay’s core commerce platform for check-out, providing a familiar and trusted process for buyers worldwide.