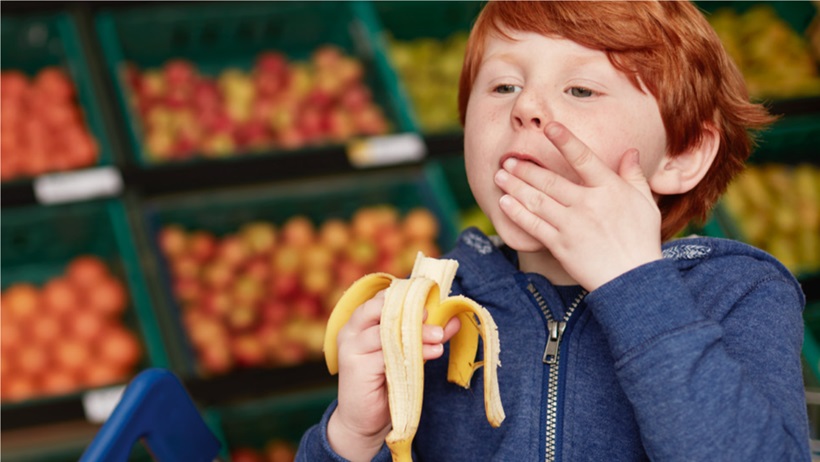 Tesco’s ground-breaking ‘Free Fruit for Kids’ initiative has proved a real hit with children and parents, after the retailer revealed it has given out 20 million pieces of free fruit since its launch in July last year.

CHESHUNT, England, 2017-May-16 — /EPR Retail News/ — The scheme, which was the brain child of Customer Assistant Maria Simpson, launched last summer in over 800 stores across the UK and has seen kids enjoy over six and a half million apples, eight million bananas and five and half million oranges so far.

New research by Tesco and Mumsnet has highlighted the positive effect the initiative has had, with a third of participating parents saying their children have eaten more fruit thanks to the scheme.

The research, which surveyed over 1,400 Mumsnet users with at least one child also found three quarters of participating parents feel the initiative has made their shopping trip easier, with nine out of ten parents saying they feel more positive towards Tesco as a result.

The ‘Free Fruit for Kids’ initiative is just one of the ways Tesco is helping customers make healthier choices.

Earlier this month, Tesco launched its ‘Little Helps to Healthier Living’ campaign, including lower prices on hundreds of products, such as fruit and vegetables, and helpful ‘little swaps’, many of which contain lower levels of salt, fat and sugar than the standard alternative.

“As the UK’s largest green grocer, and with millions of customers shopping with us every week, we have a unique opportunity to help them live healthier lives.

“Our Free Fruit for Kids initiative plays a really important role in this, helping to create healthy eating habits that will stay with children as they grow up. We’re incredibly proud that kids across the UK have already been able to enjoy more than 20 million pieces of free fruit so far”

“Small things – like encouraging healthy eating – can occupy a lot of headspace for parents. Helping children towards their five-a-day while at the same time making the weekly shop less stressful is a thoughtful move from Tesco and one that Mumsnet users have given an unequivocal thumbs up to.