Hypermart is one of the pioneer of modern retail hypermarket outlets in Surabaya, where this outlet was operated along with the establishment of Royal Plaza Surabaya Mall with an older concept G4 (Generation 4) before it was renovated on August 16, 2015 to be the G7 concept.

In terms of design, Hypermart G7 Royal Plaza Surabaya follows other Hypermart outlets which have adopted G7 concept. To meet the growing of consumers’ daily needs, the presence of Hypermart G7 at Royal Plaza is following Hypermart PTC Surabaya, which has brought the concept of G7 with a more complete selection of assprtments. Besides to appear more appealing, these outlets also provide extra comfort and wider shopping aisle.

Director of Public Relations & Communications MPPA, Danny Kojongian stated, “Today we reopen Hypermart Royal Plaza with the concept of the G7. This reinforces the existence of Hypermart outlets in Surabaya city, which has a rapid growth of economic and modern lifestyles. Hypermart present in the middle of society as modern retailers in several strategic locations such as PTC Surabaya, Ciputra World, Pakuwon East Coast, Cito Waru and Royal Plaza. It also defines MPPA’s commitment in operating Hypermart G7 across Indonesia despite the challenging macroeconomic conditions.”

“We are proud to be able to take part in creating a modern lifestyle through Hypermart expansion, Foodmart supermarket format enhancement and services in the wholesale market nationwide. MPPA has been in the right direction to become the No. 1 Multi-Format Retailer in Indonesia,” he continued. 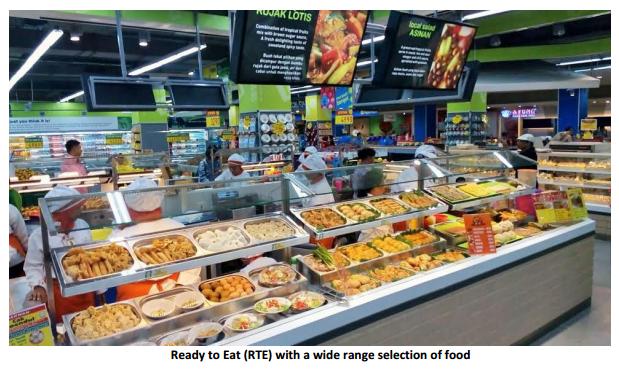