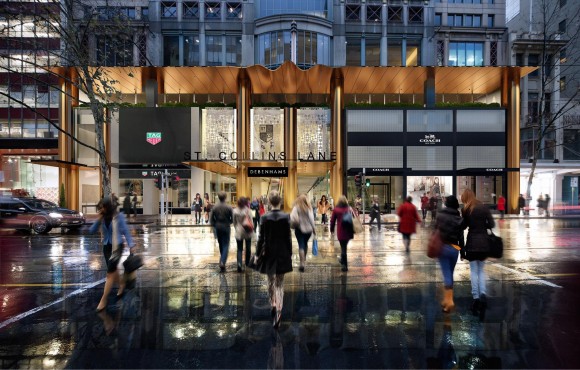 London, 2016-Sep-14 — /EPR Retail News/ — Debenhams is to extend its international store network with new sites in Australia and Gibraltar in the pipeline.

The Australian store, the first in the Southern Hemisphere, is planned to open in the prestigious St Collins Lane precinct in September 2017. The store will be the first site with franchise partner, Pepkor, part of the Steinhoff Group and will see the construction of 3,600sqm retail space over two levels.

The Gibraltar stores will consist of a dedicated Homes store on Main Street, which will open September 2016 carrying collections by Debenhams’ Designers, Matthew Williamson, Julien MacDonald, Jasper Conran, John Rocha and Ben de Lisi. Redevelopment of a store in the International Commerce Centre will see a Christmas ‘pop up’ trade from late October 2016 until mid-January as modernisation also takes place. The site will open carrying the full department store offer in February 2017.

The partnership with IFL secures the jobs of all employees formerly working in the BHS stores and will also offer consumers in the region with unparalleled choice, value and quality from a host of credible brands.

Debenhams International Director, David Smith says, “International expansion is a strategic priority for Debenhams. We are delighted to be working with Pepkor on entering the

Australian market and International Franchises Limited in Gibraltar. By working with both partners we will introduce our unique mix of Designer and own brands to the regions. ” Graham Dean, MD Pepkor South East Asia Department Stores says, “This partnership heralds one of the most exciting Department Store stories in Australia and we look forward to opening the store.”

George Russo, Director of IFL says, “Securing Debenhams as a retail partner to take over the two BHS sites is a real coup in many ways for us. Not only have we been able to secure a considerable number of jobs but we are also delivering an improved retail offer to the Gibraltar public which is bound to have a positive halo effect on the high street shopping within the region.”

Debenhams’ entry into the Gibraltar market is also a first for the brand and will complement online sales delivering to the region. BHS has been trading in Gibraltar for 31 years since 1985.

Debenhams launched a stand alone ecommerce site for Australia in April this year. The brand is also to wholesale selected product lines to Pepkor-owned Harris Scarfe stores as part of a multi-channel strategy to service the region.