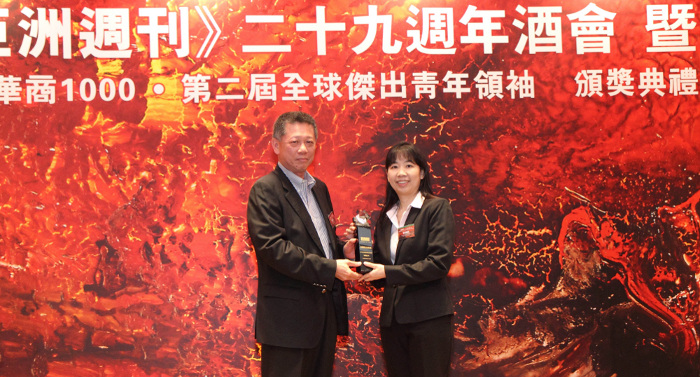 “We are truly honored and grateful to be recognized once again as a recipient of The Global Chinese Business 1000 Awards by Yazhou Zhoukan.  Apart from the Philippines, China has become an important market for SM.  As such, our company will continue to deliver long-term sustained growth and further expand our footprint through world-class businesses that deliver optimal returns for our investors and make a difference in the lives of millions,” Ms. Dionisio said in her remarks during the awarding ceremony held in Hong Kong.

The Global Chinese Business 1000 Awards assesses all listed Chinese corporations around the globe based on their market value as of end-August 2016 and awards pioneers with outstanding business operations.

SM City Tianjin is the newest landmark within the Tianjin Airport Economic Area at the emerging Binhai New Area, the largest free trade zone in Northern China and a thriving central business district where international corporations in logistics and financial services are setting up offices.