Seattle, 2016-Aug-03 — /EPR Retail News/ — This year’s country breakthrough artist and Grammy Award-winner Chris Stapleton is the latest to step in as a Guest DJ for Starbucks and take his turn selecting songs to be played in the company’s U.S. stores today (July 29).

Stapleton’s two-hour playlist is an eclectic mix of country, Americana, roots and soul. The Starbucks Guest DJ playlist includes selections from Hank Williams Jr., Tom Petty and Aretha Franklin, alongside tracks from the singer-songwriter himself.

Stapleton’s playlist will be featured in more than 7,500 participating Starbucks® stores in the U.S., and available on the Starbucks profile on Spotify.

In April, Starbucks kicked off their Guest DJ Series, giving some of the Starbucks Entertainment team’s favorite artists the opportunity to select the music heard in the company’s U.S. stores. 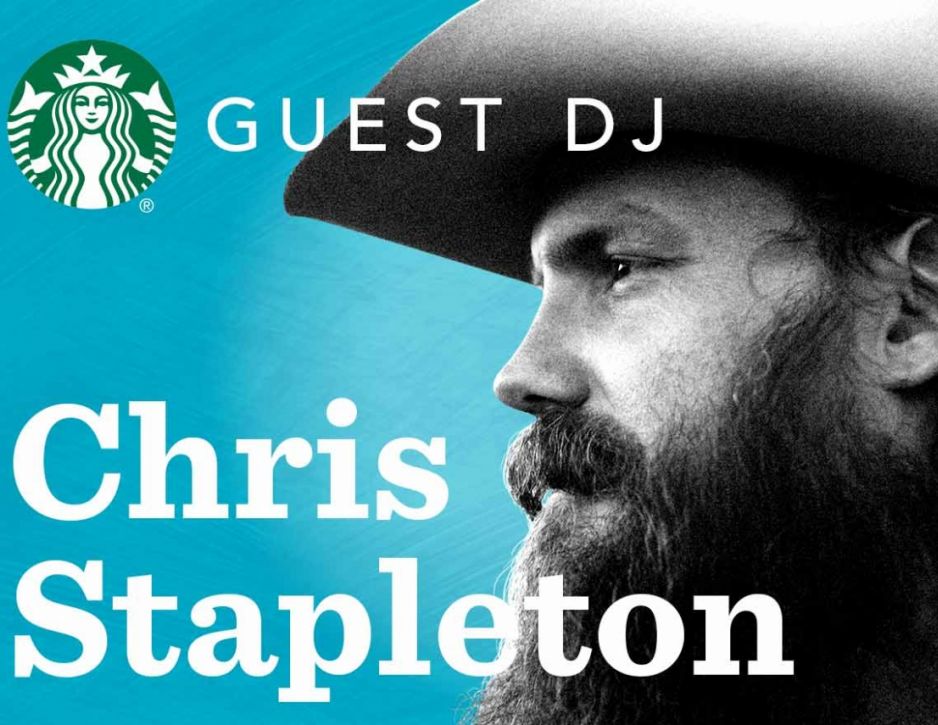