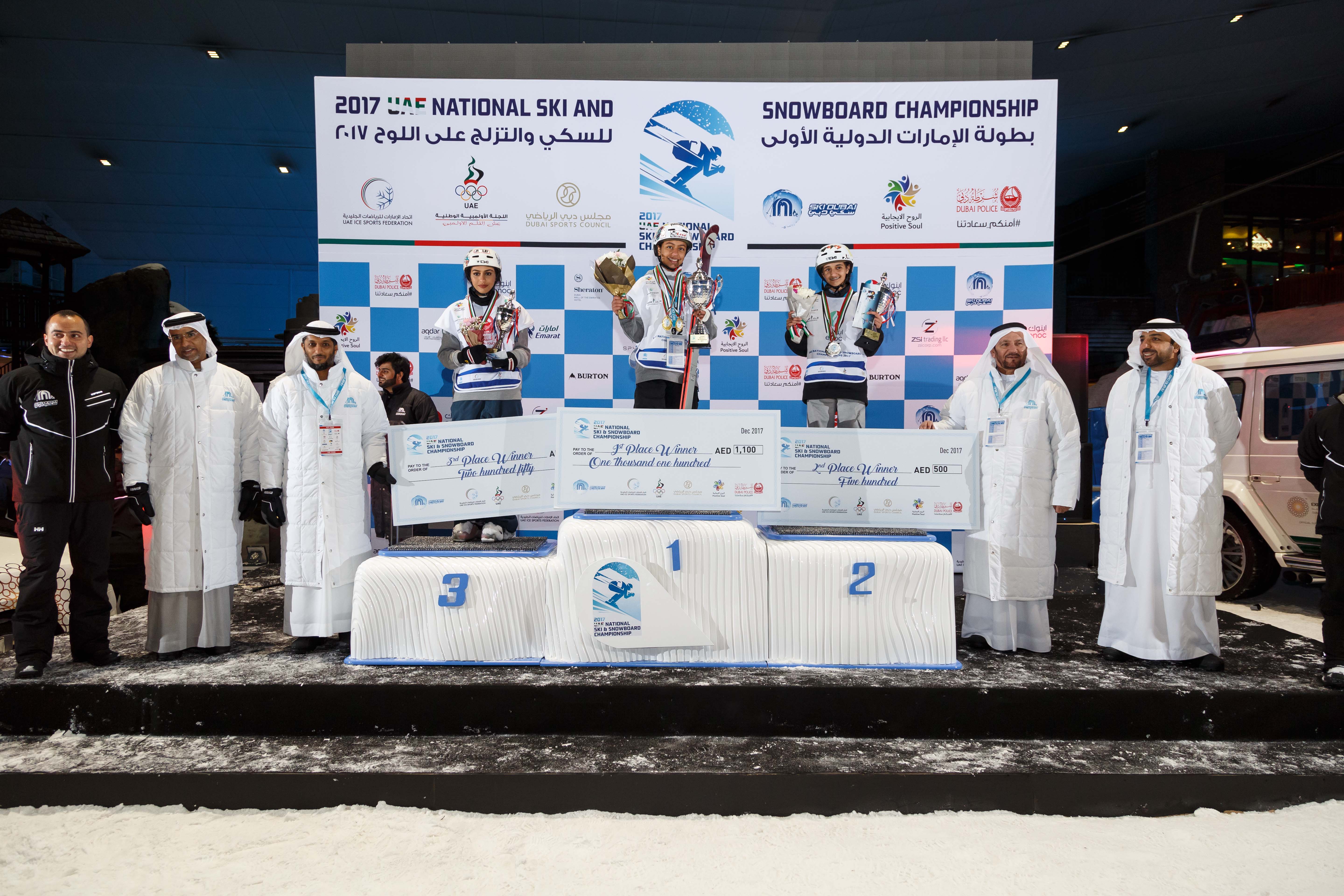 Attended by hundreds of cheering fans, the country’s biggest ever snow sports event opened with an impressive performance by Dubai Police band, which marched from Ski Dubai through to Central galleria and back to Ski Dubai enthralling visitors along the way.

The championship, which was divided into four snow sports disciplines, provided unparalleled thrills for snow sports fans and enthusiasts from the UAE and beyond and marks a crucial step in ensuring the UAE’s membership in the International Ski and Snowboard Federation (FIS).

The  alpine competition on day one was opened by renowned athletes: Gorgio Rocca, winner of 11 World Cup races in Alpine Skiing and four times Olympian, up and coming British snowboarder Sparrow Knox; and 2010 X games big air gold medallist Halldor Helgason. For the second day the freestyle judging panel included 5 international judges headed up by World Cup head Judge Martin Carr. Dedicated to ensuring the championship was held to the highest of global standards, the highly esteemed panel of judges invested all of their efforts to encourage the young participants throughout the event.

There were a total of 30 winners across four disciplines, 18 of whom were UAE nationals, underscoring the growing popularity of snow sports in the Arab world and Ski Dubai’s relentless pursuit to foster and mentor new skiing and snowboarding athletes.

Big Air, a more extreme version of Slopestyle where competitors are awarded points based on the Degree of Difficulty of their tricks on a huge jump , was won by Meera Sahoo (UAE), Faisal Abdulla (UAE) and Saaed Almatrooshi (UAE) Freestyle Ski Women category, Freestyle Ski men category and men snowboard category respectively.

Commenting on the competition, Ahmed Galal Ismail – CEO at Majid Al Futtaim Ventures, said: “It is a matter of great pride for Ski Dubai to have been given the opportunity to work with Dubai Police to organise the first-ever UAE National Ski and Snowboard Championships. The championships were a resounding success and this day forward, snow sports in the UAE has entered a new and exciting era of growth and popularity. Having successfully hosted a championship of this scale, I am confident that Ski Dubai will soon become one of the preferred international destinations for snow sports and will host many similar events in the future.