The campaign, entitled  ‘A Match Made in Debenhams’ targets 35-54 year olds and is designed to drive full price sales with the retailer presenting  a more directional fashion approach.  Carmen Kass is muse for a new Designer at Debenhams collection which launches for the season, Nine by Savannah Miller. Helena Christensen is muse to Debenhams top selling womenswear range, Principles by Ben de Lisi and designer Patrick Grant models his exclusive line, Hammond & Co.

The campaign is created from the insight that although new season shopping can make customers feel good, a lack of personal confidence can make the prospect of choosing the right trends and style a stressful affair.  “Our campaign is designed to celebrate the moment when a well curated look comes together, which we know is a source of elation for our customers,” says Marketing Director, Richard Cristofoli.  “We also know that deciphering how to wear new trends and creating an individual new look for some can be an onerous affair and customers are looking for help , advice and inspiration on how that can be done.”

The campaign will run across all channels in the UK with print, digital and outdoor advertising, direct mail, PR and social media activation, as well as hero window schemes and hot spots throughout the store.  An 8 page trend guide will also be distributed to 175k customers as parcel inclusions which will feature key trends for the season and the campaign imagery.

“We wanted to create a campaign that has high impact and celebrates the rich mix of brands and looks we offer as a department store,” continues Cristofoli. “A Match Made In Debenhams celebrates that moment when a look comes together perfectly for any customer.”

‘A Match Made in Debenhams’, will play out across owned, earned and paid for media as well as will be embedded into the store environment and e-commerce with online video content including behind the scenes and how to wear guides as well as 15 second Instagram ‘Match Made’ videos.

Debenhams’ army of 204 Personal Shoppers across 94 stores will be trained by new Designer, Savannah Miller and stylist Mark Heyes in how to build outfits, stylishly and skilfully matching and contrasting clothing and accessories.  Innovation within e-commerce includes Personal Shoppers showing their curated looks and recommendations along with outfit building functionality which enables shoppers to save their looks as they browse. Content will also be planned in order to be reactive to weather conditions.

The creative, which was shot by international fashion photographer, Daniel Riera will also feature in Debenhams‘ international markets including the Middle East, Indonesia, Malaysia, Philippines as well as Turkey, Russia, Cyprus, Iceland and Denmark.

About Helena Christensen
Helena Christensen is a Danish fashion model and photographer.  She has appeared in numerous fashion titles across the globe including Vogue, Harpers, ELLE and appeared in campaigns for top fashion houses; Chanel, Lanvin, Hermes and Prada. Helena is 47 years old.

About Carmen Kass
Carmen Kass is a top fashion and beauty model from Estonia.  She has shot campaigns with Calvin Klein, Gucci, Donna Karen and Marc Jacobs as well as Christian Dior’s J’Adore. She was named Vogue Model of the Year in 2000 and has walked for the Victoria Secret Show fashion show numerous times.  Carmen is 37 years old.

About Patrick Grant
Patrick Grant is Creative Director of Savile Row tailor, Norton & Sons.  He launched E.Tautz & Sons as a ready to wear label in 2009 and was awarded the Menswear Designer award at the British Fashion Awards in 2010.  Patrick is a judge on the BBC Two series The Great British Sewing Bee.  He launched a menswear range, Hammond & Co exclusively for Debenhams in Autumn 2013.  The range now includes watches and a fragrance line alongside menswear and mens’ accessories. 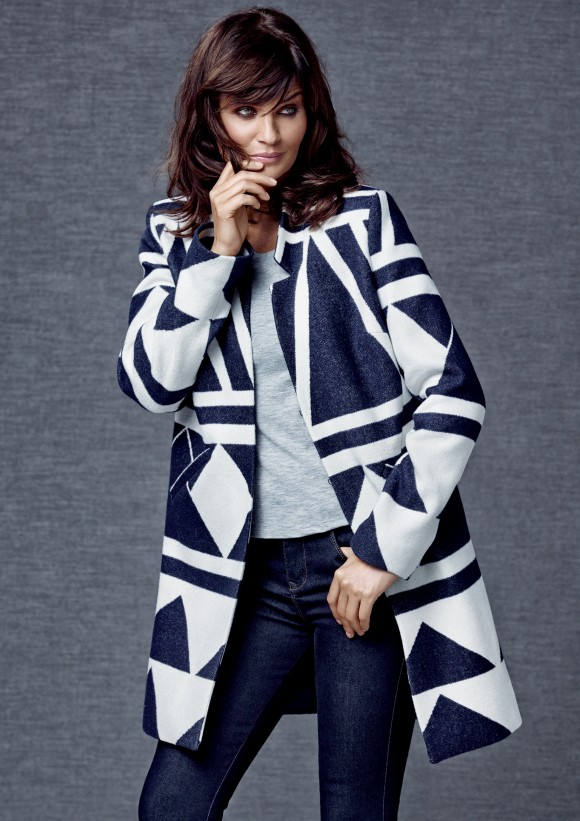