HONG KONG, 2016-May-17 — /EPR Retail News/ — A.S. Watson Group Hong Kong Student Sports Awards (HKSSA), one of the most recognised local youth sports awards, held the 11th Award Presentation Ceremony today. With the participation of 85% of all primary, secondary and special schools in Hong Kong, HKSSA presented awards to 943 student sports elites this year. Launched in 2005, HKSSA opens to all local schools to commend one sports talent from each school every year, recognising the effort made by student sports elites behind their achievements and injecting positive energy into the youths.

Leading up to the Rio 2016 Olympic Games, Ms. LO Sin-lam, the Windsurfing Elite Athlete who secured a spot at the game shared how she prepares for her Olympic debut in Rio. Ms. CHAN Yuen-ting, Head Coach of Eastern Football Team and Mr. CHOW Ting-yu, Former World Wushu Champion were also invited to share their happiness and struggle behind success with the awardees, hoping awardees’ passion can be fired up and brought into full play the spirit of Rio Olympics “Live your passion”.

Speaking at the ceremony, Mr. Dominic Lai, Group Managing Director of A.S. Watson Group said, “Being one of the largest scale student sports elite recognition programmes, the number of HKSSA awardees this year marked a record high. It is encouraging to see that the schools support the awardees very much.”

Mr. Lai continued, “To celebrate the 175th anniversary of A.S. Watson Group, the Group launched a philanthropy programme “Project LOL”, which focuses in 3 areas namely health, education and community, hoping to bring “Lots of Love” and “Lots of Laughs” to the people of Hong Kong and to inject more positive energy into the community. HKSSA has now become one of the large-scale events under Project LOL.”

Mr. Eddie Ng Hak-kim, Secretary for Education said, “The Education Bureau has made every effort to nurture and identity students with sports talent through various learning experiences. In schools, the physical education curriculum is broad and balanced to promote students’ interest in sports though a variety of activities. After school lessons, students can also take part in co-curricular activities, like interest groups and school team training, to receive systematic and specialised training, and participate in sports competitions. In addition, talented and outstanding students can further receive special sports training in respective institutions, paving the way for aspiring to be elite athletes.”

“I would like to extend special thanks to A.S. Watson Group for its continuous support for student sports activities in Hong Kong, serving as a role model for enterprises to fulfill their social responsibility. This award has made enormous contributions in encouraging young people to take part in wholesome sports activities and hence establishing an active and healthy lifestyle.” 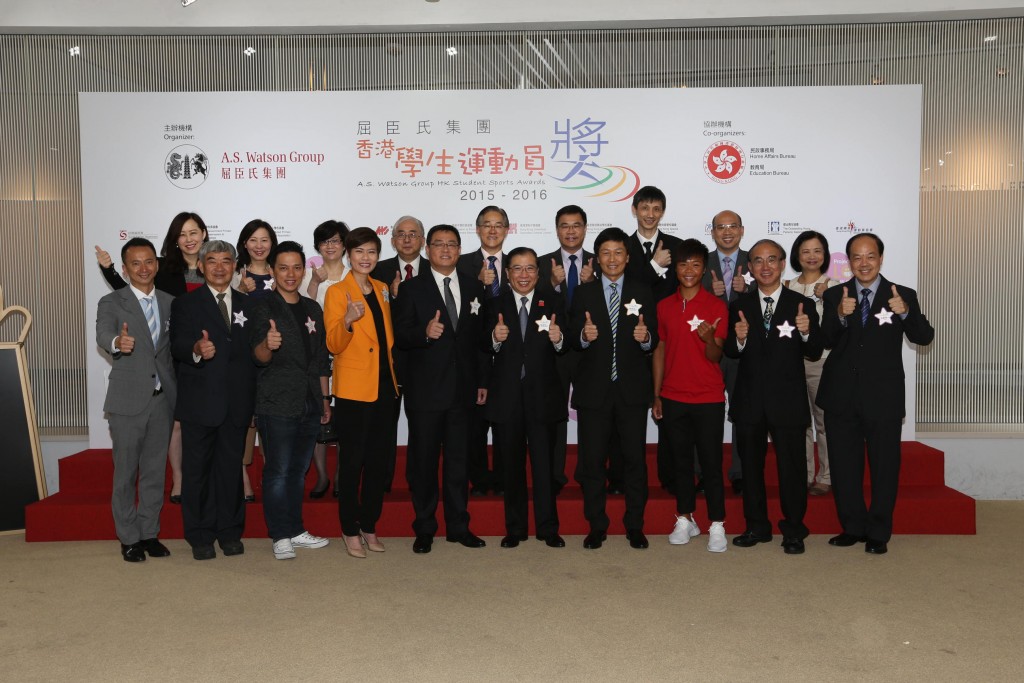