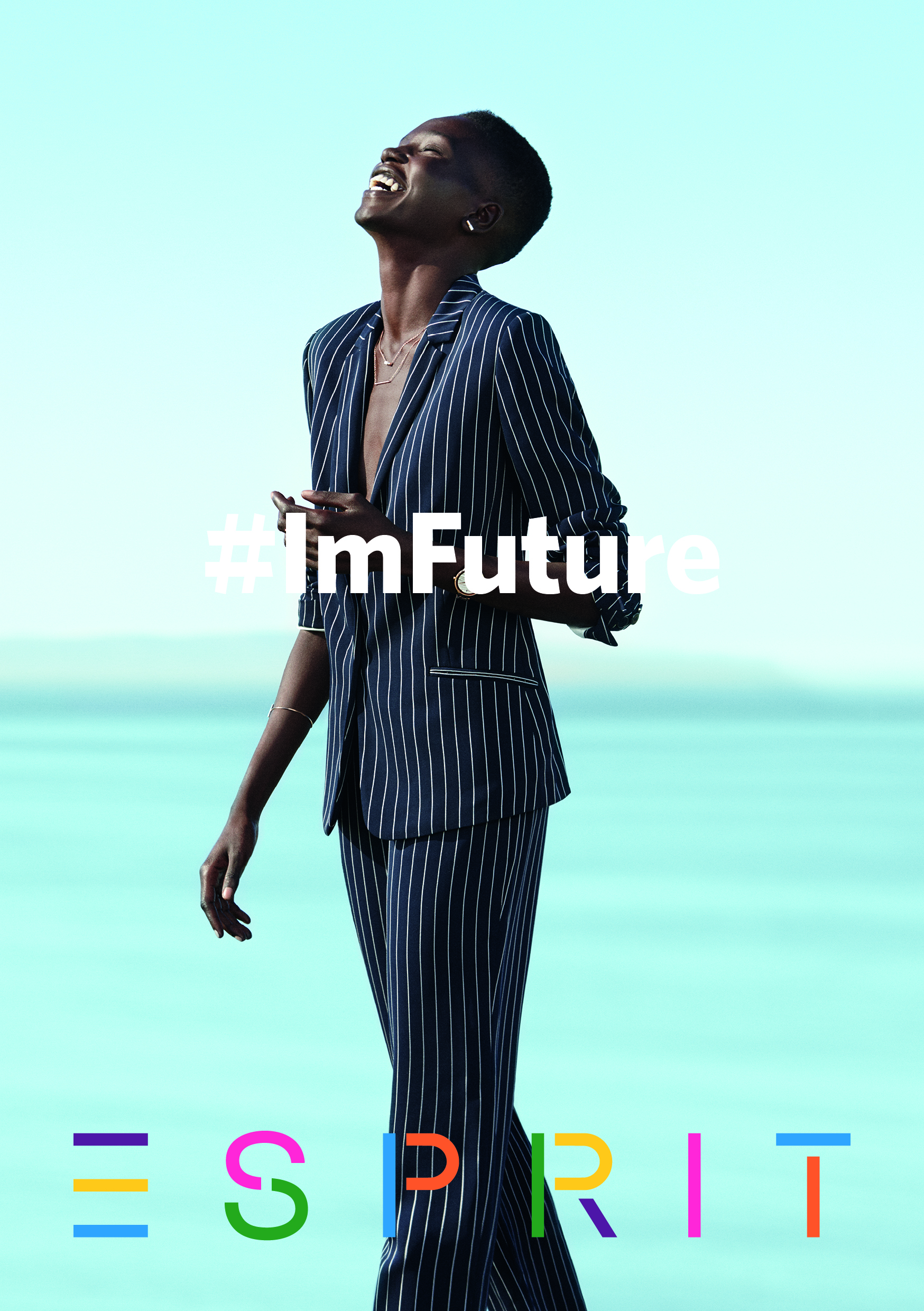 Ratingen, Germany, 2017-Feb-17 — /EPR Retail News/ — Inspired by Esprit’s customers and expressed through the cast, ImEsprit is a way of telling the world that Esprit stands for something – ranging from the playful #ImLove, to the inspiring ImChange. The hashtag-led sentiments act as a device throughout the campaign to capture what it means to belong – to a cause, to ourselves, to another person – to truly occupy an empowering stance of acceptance, freedom – and of course, fun!

Esprit teamed up with esteemed photographer, Dan Martensen, who shot the campaign outdoors across 8 locations in Los Angeles. #ImEsprit features a cast of eight truly individual souls who each bring a defiant edge to their picture. Warm block tones in softest cottons dominate the season, with a signature crew neck two-piece in rust orange working as a standout piece. The look is offset beautifully against the crisp natural light of the Californian outdoors. A number of relaxed bombers in of-the-moment military colours have the guys covered; and are paired with subtle athleisure-inspired slouched jumpers in rich aubergine and easy grey marl sweats. Contemporary coordinated pieces such as a favourite chalk-striped suit culminate to convey a collection that delivers an empowered, can-do attitude for all who wears them.

Shot by director Gordon von Steiner, the supporting campaign film is set to the anthemic sound of Fatboy Slim’s ‘Right Here, Right Now’ which enhances the energy and pace of the stills shoot. The overall mood of picture and moving image is hopeful and uplifting; and acts as the perfect tonic to an unpredictable and unprecedented world.

The campaign will launch in March 2017 with a bold and captivating series of TV/Web TV spots, print and a social media presence in Esprit’s main market that will run throughout the season. The campaign further supports Esprit’s ambitious marketing efforts to reintroduce and power the story of the brand.