ElectraPed LLC today announced that the company will unveil its Wentz Family of E-Bikes to a national audience at the Interbike Expo in Las Vegas, which runsSeptember 23rd through the 26th. 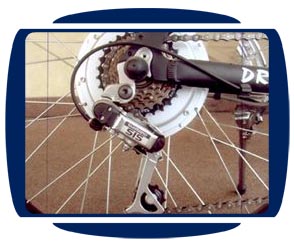 The Interbike Expo, which draws thousands of bike retailers from throughout the world, will be held at the Sands Expo Center. There are nine different models in the Wentz Family of E-Bikes, including e-bikes in the mountain, street, touring, three-wheeler and foldable categories. The foldable version fits easily into a car trunk, and the three-wheeler has proven to be especially popular with seniors. Several models feature a European step-through style, and all of the Wentz E-Bikes offer a smooth ride, silent motor operation, and an impressive range.

Duane Brekke, founder of ElectraPed, says he is particularly proud of the craftsmanship of the bikes; “The engineering of the Wentz is masterful—solid as a rock, and elegant in design. People are sold after a short test drive.”

The Wentz E-Bikes have a hub motor to assist pedaling—allowing riders to go farther, faster, and up hills with greater ease. Bike riders can also choose to let the motor do all of the work or turn off the motor and use the Wentz like a regular bicycle. 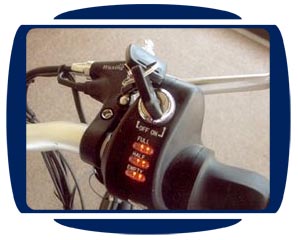 About ElectraPed
ElectraPed LLC imports and distributes an exclusive line of electric bikes for North America. The Minot, North Dakota based company’s goal is to provide superior electric bikes at a reasonable price throughout the United States and Canada. All models can be viewed and photos captured atwww.electraped.com

About Interbike
With over 1,000 of the top brands and nearly 23,000 attendees from over 60 countries, Interbike is the ultimate blend of industry leaders and innovative products in the bicycle business. Interbike is the largest bicycle trade event in North America and one of the most important stops on the global trade show calendar.www.interbike.com

About the E-Bike Market
According to the International Herald Tribune, the global edition of the New York Times; consumers in the United States are migrating in greater numbers to e-bikes, drawn in part by lighter and more powerful batteries, high fuel prices and practical aids like bike lanes and lockers. E-bike sales are forecast to double in the U.S. by 2009 to 200,000 from 100,000 in 2005.