SAN FRANCISCO, 2015-9-11 — /EPR Retail News/ — Apple® today announced iPhone® 6s and iPhone 6s Plus, the most advanced iPhones ever, adding a powerful new dimension to iPhone’s revolutionary Multi-Touch™ interface. The new iPhones introduce 3D Touch, which senses force to enable intuitive new ways to access features and interact with content. iPhone 6s and iPhone 6s Plus feature Retina® HD displays made from the strongest glass on any smartphone and 7000 series aluminum, the same alloy used in the aerospace industry, in gorgeous metallic finishes that now include rose gold.

iPhone 6s and iPhone 6s Plus also introduce a transformative new approach to photography called Live Photos, bringing still images to life by capturing a moment in motion. Live Photos, 3D Touch and other advancements in the new iPhones are powered by the Apple-designed A9 chip, the most advanced chip ever in a smartphone, delivering faster performance and great battery life.

“The only thing that has changed with iPhone 6s and iPhone 6s Plus is everything — 3D Touch lets users interact with iPhone in entirely new and fun ways, and the innovative Live Photos brings your pictures to life,” said Philip Schiller, Apple’s senior vice president of Worldwide Marketing. “These are the most advanced iPhones ever, with 7000 series aluminum, ion-strengthened glass, the new 64-bit A9 chip, 12-megapixel iSight and 5-megapixel FaceTime HD cameras, faster Touch ID, LTE and Wi-Fi. Customers are going to love them.”

3D Touch
iPhone 6s and iPhone 6s Plus introduce new ways to navigate and experience iPhone by sensing pressure to enable new gestures — Peek and Pop™ — so you can dip in and out of content without losing your place. Press lightly to Peek at a photo, email, web page or other content, and press a little deeper to Pop into the content itself. With Quick Actions, 3D Touch provides shortcuts to the things you do most, so you can send a message or take a selfie with just a simple press from the Home screen.

Camera Innovations
The world’s most popular camera is even better in the new iPhones with new ways to capture and relive unforgettable moments. iPhone 6s and iPhone 6s Plus introduce Live Photos, which go beyond snapshots to capture moments in motion. Live Photos are beautiful 12-megapixel photos that, with just a press, reveal the moments immediately before and after the shot was taken, so you can enjoy a living memory rather than an instant frozen in time.

High-definition video improves with support for 4K — with a resolution of 3840 x 2160, delivering over 8 million pixels — and the expansion of optical image stabilization to video on iPhone 6s Plus, for taking beautiful videos in lower light. After capturing 4K video, you can edit on your Mac®, PC, iPad® and with the latest version of iMovie® on iPhone, you can even edit two simultaneous streams.

Advanced Technology
A9, Apple’s third-generation 64-bit chip powers these innovations with 70 percent faster CPU and 90 percent faster GPU performance than the A8, all with gains in energy efficiency for great battery life. The A9 chip and iOS 9 are architected together for optimal performance where it matters most, in real world usage. M9, Apple’s next-generation motion coprocessor, is embedded into A9, allowing more features to run all the time at lower power, including “Hey Siri,” without iPhone needing to be plugged in.

With advanced wireless technologies including faster Wi-Fi and LTE Advanced, iPhone 6s and iPhone 6s Plus users can browse, download and stream content even faster.¹ The new iPhones also support up to 23 LTE bands — the most in any smartphone — for better worldwide roaming.

iOS 9, the world’s most advanced mobile operating system, brings more intelligence to iPhone with proactive assistance, powerful search and improved Siri® features, all while protecting users’ privacy. Built-in apps become more powerful with a redesigned Notes app, detailed transit information in Maps, and an all-new News app for the best news reading experience on any mobile device.² The foundation of iOS is even stronger with software updates that require less space to install and advanced security features
to further protect your devices.

¹ Data plan required. LTE Advanced and LTE are available in select markets and through select carriers. Speeds vary based on site conditions and carrier. For details on LTE support, contact your carrier and see www.apple.com/iphone/LTE.
² Transit information in Maps will be available in select major cities including Baltimore, Berlin, Chicago, London, Mexico City, New York City, Philadelphia, the San Francisco Bay Area, Toronto and Washington D.C., as well as over 300 cities in China, including Beijing, Chengdu and Shanghai. News app availability varies by country.
³ Prices are rounded to nearest dollar and are based on 24 monthly installment payments. Taxes and activation fees may be due at sale. Carrier terms and eligibility may apply.
⁴ The iPhone Upgrade Program is available to qualified customers only with a valid US personal credit card. Requires a 24-month installment loan with Citizens Bank, N.A. and iPhone activation with a national carrier — AT&T, Sprint, T-Mobile or Verizon. Full terms apply.

Apple, the Apple logo, iPhone, Multi-Touch, Retina, Peek and Pop, Mac, iPad, iMovie, FaceTime, True Tone and Siri are trademarks of Apple. Other company and product names may be trademarks of their respective owners. 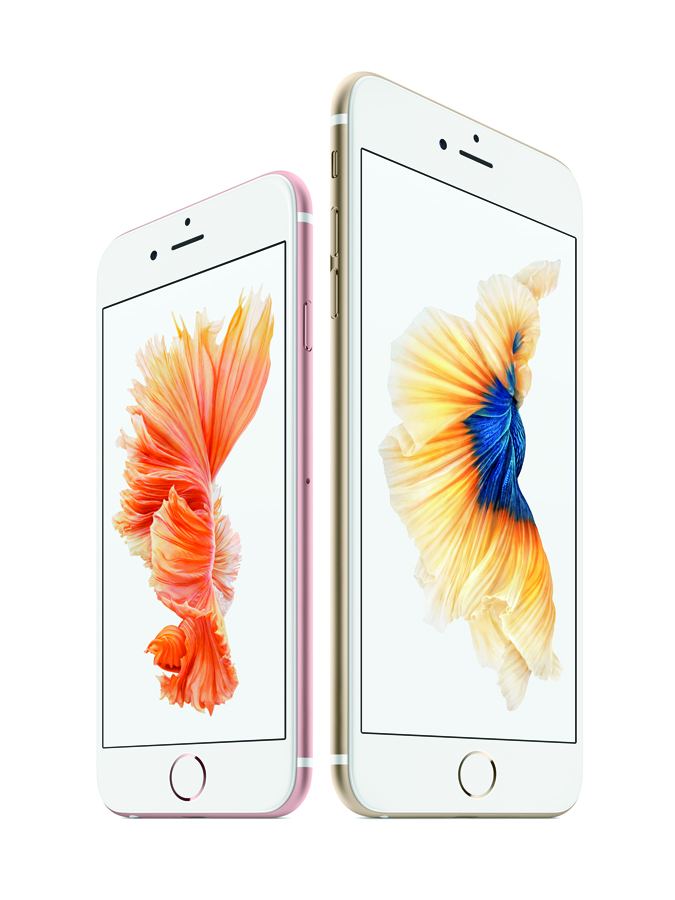 Tesco has announced that it is launching its first ever shopping app for iPhone. The Tesco grocery app joins the family of hugely successful Tesco apps, including Clubcard and the Winefinder, which together have now reached over one million downloads.

The announcement represents a landmark moment for the supermarket, as this is the first time that Tesco has created a shopping portal that is
specifically optimised for the iPhone.

Laura Wade-Gery, CEO for tesco.com comments: “We’re always looking for ways to make life easier for customers. The iPhone app creates a fantastic new way to shop with tesco.com whenever you want, whether you’re adding last minute essentials or starting a new order.”

The app means that customers can ‘shop on the go’ for groceries via their iPhones. Once downloaded, those customers who have registered with tesco.com groceries will be able to access their home store’s product range and their ‘Favourites’ (items purchased online or from a Tesco store using a Clubcard. They can log into their grocery account and add forgotten items to their basket, or start a new order from scratch, checking out securely on the phone or later online. The updated order synchronises seamlessly from phone to computer and vice versa, perfect for adding last minute essentials.

The Tesco iPhone app is available for free and users can download it directly from the Apple iTunes Store. Tesco has been working with mobile specialists Ribot, who designed and developed the new app.