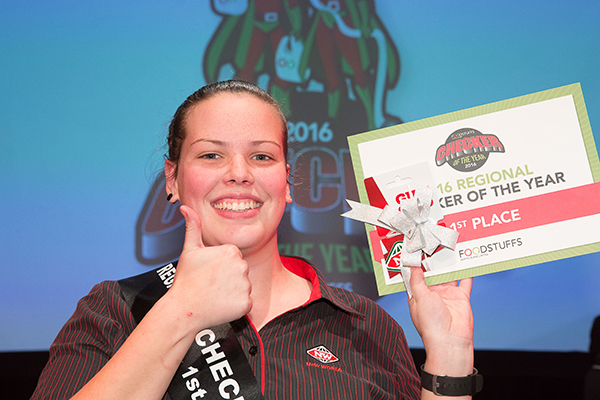 Auckland, New Zealand, 2016-May-17 — /EPR Retail News/ — Since then a lot of things have changed, he has been married to Patricia for over 22 years and together they have three children, Chloe, Madison and Zavier. Trish studied law as an adult while raising her family and now works as a lawyer in her own practice.

And, almost 30 years later, Davy is thrilled to be taking on the role of owner-operator of New World Foxton and says buying the store is the realisation of a long-held dream.

“Since I was 16, I’ve wanted to run my own store,” he says. “I love being in the grocery business, it moves fast and no day is ever the same – I’ve been managing PAK’nSAVE Kapiti now for 5 years and what I’ve leant is the heartbeat of a supermarket is quite simply its customers. Making sure we meet, and exceed, our customer’s expectations every day is both challenging and thrilling.”

“I am extremely grateful to be given the opportunity by Foodstuffs to purchase New World Foxton. And I guess it shows that young ones just starting out can reach their goals if they work hard.”

Davy credits Foodstuffs’ internal management development programme, and the mentorship of his long-time bosses at PAK’nSAVE Kapiti, owners Peter Anderson and Glen Taylor, with helping him reach his goal of store ownership.

“I wouldn’t be where I am today without the training, leadership and coaching that I received from Peter and Glen,” he says. “They, along with all the managers and staff at PAK’nSAVE Kapiti, are a large part of the reason I’ve been successful, and I’m very thankful to them all for their encouragement and support.”

PAK’nSAVE Kapiti co-owner and Foodstuffs North Island Board Chairman, Peter Anderson says for hard working, passionate individuals with strong leadership skills these opportunities exist right across the Foodstuffs network – both at store level and in the support centres.

“It is in the Foodstuffs DNA to work hard and have a real passion for the business and Jason really is a great example of what can be achieved through hard graft and dedication.”

“As a cooperative the Foodstuffs business is unique, each store is operated by an owner that lives and breathes the success of their store – part of this success is seeing our people achieve their true potential. And I feel that I speak on behalf of all the New World and PAK’nSAVE owners when I say we take real pride in investing in our people and giving them the chance to grow and develop within the wider business,” says Anderson.

“Jason is a wonderful example of how our people can rise through the ranks by working hard and seizing all the opportunities that are made available to them. Glen and I wish him every success as he takes on New World Foxton, I know he will do a great job.”