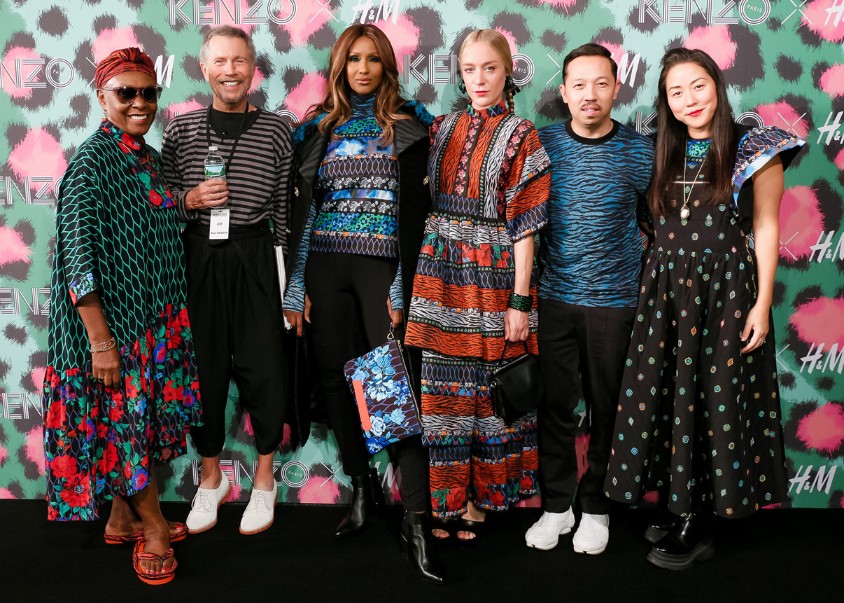 To the rhythm of a customized remix of “Express Yourself” by Sam Spiegel, dancers, beatboxers, whistlers and musicians came together to celebrate the beauty and power of individual expression. Through a unique choreography created by KENZO collaborator, Ryan Heffington the show cast presented the KENZO x H&M collection to an audience who experienced an inferno of playfulness, bold prints and vivid colours. As the show finished the celebration continued with a performance by rapper and surprise guest Ice Cube.

“Tonight was a celebration of everything we love about KENZO x H&M – it was a fun, vibrant and unexpected celebratory mix of different worlds coming together. It was a show we will never forget,” says Carol Lim and Humberto Leon, Creative Directors of KENZO.

“The launch of KENZO x H&M was truly spectacular. It was amazing to see the collection come to life with all its incredible print, colour and energy. It was such an honor to have Jean-Paul Goude direct the show and he captured the mood perfectly”  says Ann-Sofie Johansson, Creative Advisor at H&M.

The KENZO x H&M collection will be available in over 250 H&M stores worldwide, as well as online, from November 3. 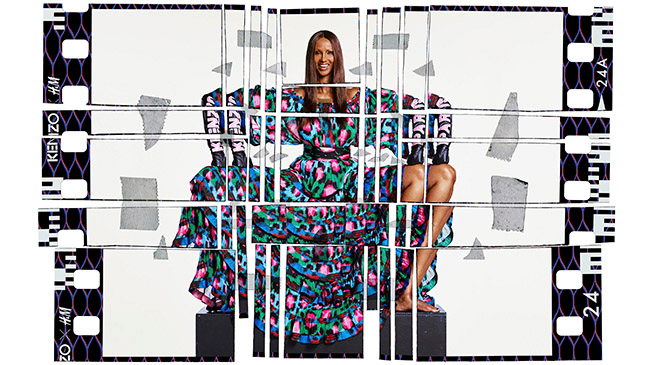 STOCKHOLM, SWEDEN, 2016-Sep-24 — /EPR Retail News/ — The campaign stars seven globally celebrated personalities from fashion, music, arts and activism, with Chance, Iman and Suboi as the first campaign ambassadors revealing pieces from the KENZO x H&M collaboration. For the campaign, Goude has used his signature hand-made cut-up style, slicing and reassembling the prints to express the exuberance and character of the collection.

STOCKHOLM, SWEDEN, 2016-Sep-13 — /EPR Retail News/ — H&M is pleased to announce that iconic photographer Jean-Paul Goude has shot the campaign for KENZO x H&M, starring seven diverse celebrities and figureheads. Appearing in the campaign will be Iman, Rosario Dawson, Chance The Rapper, Ryuichi Sakamoto, Chloe Sevigny, Suboi and Xiuhtezcatl Martinez. The campaign will debut October 17, before the collection arrives in over 250 selected H&M stores worldwide, as well as online, on November 3.

Jean-Paul Goude is responsible for some of the most influential fashion and music imagery of the past five decades. For KENZO x H&M, he has worked in his own unique style to create the campaign, which will appear in print, as well as on billboards.

“We love to work with our idols, and Jean-Paul Goude is a true icon. His images for KENZO x H&M are incredible, and capture the personality, positivity and freedom of the collection,” says Carol Lim and Humberto Leon, creative directors, KENZO

“Working with H&M and Carol and Humberto on the KENZO x H&M campaign is a real adventure. I love the attitude that they have brought to the collection, and their youth, energy, fun and style,” says Jean-Paul Goude.