CHARLOTTE, N.C., 2016-Mar-23 — /EPR Retail News/ — Five bands with ties to the South received the surprise of a lifetime when Belk declared them winners of its 2016 Southern Musician Showcase during the competition’s finale event held on March 19 in Charleston.

The five winners were selected from nearly 3,000 entries. Each will receive a cash prize as well as an opportunity to perform on Belk’s Road South Tour with stops at major fashion, sporting and music events. Other prizes include a performance wardrobe provided by Belk, and an opportunity for the artists’ songs to be featured in a Belk television commercial.

“Music is such an important part of Southern culture, so that’s why Belk started the Southern Musician Showcase three years ago to celebrate the music and musicians that embody the Southern lifestyle,” says Jon Pollack, Belk’s executive vice president of marketing, sales promotion and eCommerce. “This year’s winners are no doubt worthy of this recognition as all of them are amazing musicians who represent Belk and the South well.”

2016 Southern Musician Showcase Winners
Blue Honey of Nashville, Tennessee
Genre: Americana
Blue Honey is a husband-and-wife duo that has been performing in country and Americana hot spots for years. Inspired by the sweet mix of soulful blues and stirring harmony, singers/songwriters Troy Brooks and Kassie Jordan chose a name that embodied their sound and spirit.

Kelsey Lewis of Fort Worth, Texas
Genre: Pop
Kelsey Lewis has been performing since she was six years old. Described as “Vintage Futuristic,” the young songstress is known for her effortless ability to take the old and infuse it with the new.

Scott Ivey of Schertz, Texas
Genre: Pop Country
From playing youth groups in his high school rock band to worship pastor, Scott Ivey has embraced his passion for music and faith in his sound and spirit.

Joel Cross of Denton, Texas
Genre: Pop Soul
Joel Cross is a singer/songwriter best known for his amazing combination of soul, rhythm and blues. His silky smooth voice and phenomenal guitar skills perfectly capture the sound and spirit of the South.

The Southern Musician Showcase was open to solo artists and bands in the Americana, Bluegrass, Blues, Pop, Pop Country and Rhythm & Blues genres. Belk partnered with ReverbNation, and contestants submitted their profiles, including a collection of songs, a brief biography that detailed their affiliation to the South, head shots, a full length photo and a video. Fifty semifinalists competed in regional auditions in Atlanta, Georgia; Nashville, Tennessee; Austin, Texas and Richmond, Virginia.

About Belk, Inc.
Belk, Inc., a private department store company based in Charlotte, N.C., is the home of Modern. Southern. Style. with 293 Belk stores located in 16 Southern states and a growing digital presence. Belk is a portfolio company of Sycamore Partners, a private equity firm based in New York. Belk and www.belk.com offer a wide assortment of national brands and private label fashion apparel, shoes and accessories for the entire family along with top name cosmetics, a wedding registry and a large selection of quality merchandise for the home.

Belk offers many ways to connect via digital and social media, including Facebook, Pinterest, Twitter, Instagram, YouTube and Google Plus, and provides exclusive offers, fashion updates, sales notifications and coupons via email or mobile phone text messages. Customers can also download the latest Belk mobile apps for the iPad, iPhone or Android. 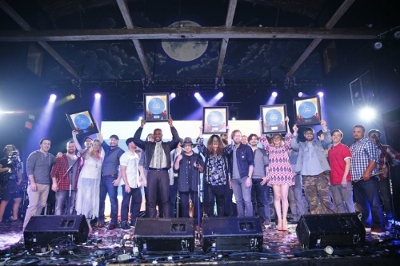 CHARLOTTE, N.C., 2015-9-4 — /EPR Retail News/ — The Belk Bowl is thrilled to announce that superstar and seven-time GRAMMY® winner Carrie Underwood will be the headline act at the 2015 Belk Bowl this December. The 14th annual Belk Bowl will kick off at 3:30 p.m. on Saturday, Dec. 30 at the Bank of America Stadium in Charlotte, N.C. and will feature a matchup of the Southeastern Conference and the Atlantic Coast Conference.

Carrie Underwood is a tremendous addition to this year’s Belk Bowl,” says Jon Pollack, Belk’s executive vice president of sales promotion, marketing and eCommerce. “We look forward to a dynamic and high energy performance that will be the perfect launch to our game day.”

This year’s FanFest event is free to the public and will begin at 10:00 a.m. with Carrie’s performance scheduled to begin at 1:30 p.m.

Individual tickets for the 2015 Belk Bowl will go on sale in early October and will be available through TicketMaster and the participating schools.

About Carrie Underwood
Carrie Underwood emerged from the promise of her 2005 American Idol win to become a true multi-format, multi-media superstar, spanning achievements in music, television, and film. A seven-time GRAMMY® Award winner, she has amassed nearly 100 major honors, sold more than 56 million records worldwide, and recorded 21 #1 singles, 11 of which she co-wrote. The first female artist to be twice named the Academy of Country Music’s Entertainer of the Year, Underwood was recognized as Pollstar’s top female country touring artist for her headlining tours in 2008, 2010, and 2012. Her four studio albums, Some Hearts, Carnival Ride, Play On, and Blown Away – each certified multi-Platinum or Platinum, and each an American Music Awards winner as Country Album of the Year – tallied 38 weeks at #1 on Billboard’s Top Country Albums chart with songs that have been streamed more than 1.4 billion times worldwide. In 2013, she starred as Maria von Trapp in NBC’s three-hour holiday blockbuster, the Emmy®-winning The Sound of Music Live!, whose airings attracted 44 million viewers. In late 2014, the Grand Ole Opry member released her first hits collection, Greatest Hits: Decade #1. Celebrating her first 10 years of music, the 25 songs included two new hits co-written by Underwood: the Platinum-certified, GRAMMY-winning “Something in the Water,” as well as the #1 smash “Little Toy Guns.” In September of 2015, she begins her third season as the voice of primetime television’s #1 program, Sunday Night Football, and on November 4, she’ll return for an eighth consecutive year as co-host of the CMA Awards. Underwood is at radio now with her record-breaking single “Smoke Break,” the first single released from her fifth studio album, Storyteller, out worldwide on October 23, 2015. For more information and tour dates, please visit: www.carrieunderwoodofficial.com.

About Belk, Inc.
Charlotte, N.C.-based Belk, Inc. (www.belk.com) is the nation’s largest family owned and operated department store company with 297 Belk stores located in 16 Southern states and a growing digital presence.  Its belk.com website offers a wide assortment of national brands and private label fashion apparel, shoes and accessories for the entire family along with top name cosmetics, a wedding registry and a large selection of quality merchandise for the home. Founded in 1888 by William Henry Belk in Monroe, N.C., the company is in the third generation of Belk family leadership and has been committed to community involvement since its inception. In the fiscal year ended January 31, 2015, the company and its associates, customers and vendors donated more than $21.5 million to communities within Belk market areas.

Belk offers many ways to connect via digital and social media, including Facebook, Pinterest, Twitter, Instagram, YouTube and Google Plus, and provides exclusive offers, fashion updates, sales notifications and coupons via email or mobile phone text messages. Customers can also download the latest Belk mobile apps for the iPad, iPhone or Android.

About The Charlotte Sports Foundation
The Charlotte Sports Foundation provides leadership for sports-based initiatives that create a positive economic impact and enhance quality of life in the Charlotte region. Established in 2013, we’re a nonprofit, 501(c)(3) organization that develops unique experiences, events and business opportunities around professional, collegiate and amateur sports. Our signature events include the annual Belk Bowl and the Dr. Pepper ACC Football Championship.