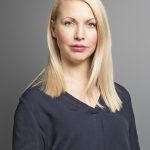 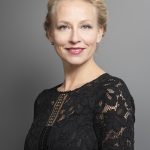 Eeva Salmenpohja, M.Sc. (Soc.), (38), has been appointed Vice President, Public Affairs at Kesko Group as of 1 November 2017. Salmenpohja joined Kesko on 1 February 2017, having previously worked as Special Adviser for the Minister of Family Affairs and Social Services and in various labour and education policy expert positions at Akava and the Finnish Association of Business School Graduates.

Both Partanen and Salmenpohja will report to President and CEO Mikko Helander.

“These appointments reflect the efforts by K Group and Kesko to engage in more active and interactive communications and management of stakeholder relations and K Group’s role as an active member of society. I am happy to have Karoliina Partanen and Eeva Salmenpohja join my core team. Their experience and background represent the kind of expertise the transforming K Group will need in the multifaceted communications landscape of the future,” says Mikko Helander, President and CEO.

Kesko and K-retailers form the K Group, whose sales total over €13 billion. K Group is the third largest retail operator in Northern Europe and it employs approximately 45,000 people. Kesko operates in the grocery trade, the building and technical trade and the car trade. Its divisions and chains act in close cooperation with retailer entrepreneurs and other partners. Kesko’s net sales are €10 billion and it employs approximately 28,000 people. Kesko has nearly 2,000 stores engaged in chain operations in Finland, Sweden, Norway, Estonia, Latvia, Lithuania, Russia, Belarus and Poland. Kesko is a listed company and its shares are listed on Nasdaq Helsinki. The company’s domicile and main business premises are in Helsinki. Kesko is the world’s most responsible trading sector company (The Global 100 Most Sustainable Corporations in the World) www.kesko.fi

She has previously worked for nearly 10 years for Metso Corporation in various executive positions in global communications, marketing and brand management, most recently as Vice President, Global Marketing & Brand.

The position of the Vice President, Communications is a new one in Kesko’s grocery trade division.

Ari Svensk, 51, M.Sc. (Econ.), has been appointed Kesko grocery trade division’s (Kesko Food Ltd) Vice President responsible for human resources and a member of the Management Board as of 1 June 2015. He has previously held various executive positions in Kesko Food’s business; most recently Svensk has been Kesko’s Vice President, Human Resources and Managing Director of K-instituutti Oy.

Kesko (www.kesko.fi) is a retail specialist whose stores offer quality to the daily lives of consumers. Kesko has about 2,000 stores engaged in chain operations in the Nordic and Baltic countries, Russia, and Belarus.