GRAND RAPIDS, Mich., 2016-Mar-09 — /EPR Retail News/ — Meijer is encouraging its customers to get out and vote this month in the ultimate political campaign that pits Peep against Chocolate Bunny in the race for President of the Easter Basket.

The Grand Rapids, Mich.-based retailer’s interactive social media campaign launched today, and will feature a variety of ways for customers to show their support of the candidates, including a temporary Twitter profile picture, and voting opportunities on Facebook and at a handful of Meijer stores across the Midwest later this month.

“At Meijer, we are always looking for opportunities to engage our customers, and the Race to the Basket is really a fun way for them to get excited about Easter,” Meijer Social Media Strategic Director Keith Boswell said. “Thanks to our great relationships with Just Born and Lindt, we were able to team up and present our customers with some great Easter basket presidential candidates.”

Peep: Graduated from Peeperdine University with Marshmallow of Arts and has been a basket fixture since 1953. Elect a compassionate confectionist. Vote Peep for Basket President. #VotePeep

Bunny: His parents were chocolatiers, and their parents before them. Graduated from Hoppkins University with eggstra credit. A true basket centrist who will stand up for you. Vote Bunny for Basket President. #VoteBunny

Like most political campaigns, the Meijer Race to the Basket social media campaign will feature a debate, released as quick videos, as well as campaign stops for each of the candidates.

Fans can vote by sharing the hashtag #votebunny or #votepeep on Twitter or Instagram, or directly on the Meijer Facebook page, which will feature a running tally. Children will have an opportunity to vote, and receive stickers and buttons, March 19-20 at the following Meijer stores across the Midwest: 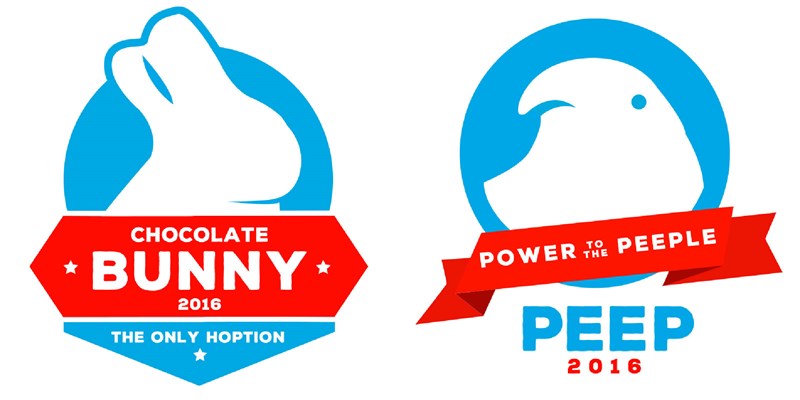