Francis Kurkdjian has translated cherished memories into colors and scents, creating a collection of five candles that bring together his talent as a perfumer and personal memories.

“Rue des Groseilliers”, the street where he grew up a dozen miles from Paris, evokes the bright red berries found in the garden every summer, with their sweet juicy savors. “Anouche” proposes a a smooth, flowery sweetness with lightly honeyed and spicy notes, rekindling the unforgettable memory of the rose petal and plum jam made by his grandmother. “La Trouverie” harks back to escapades at an old farm in the French countryside of Le Perche, with an aroma of fresh straw, lavender, thyme and rosemary. “Les Tamaris” revisits the scent of everlasting flowers and acacias that grow on the Atlantic coast, where the perfumer loves to vacation with his family. And with “Au 17”, Francis Kurkdjian encapsulates the cozy and eclectic atmosphere of his Paris apartment with the mingled aromas of an open fire and Japanese incense.

From the design of the mold to the hand-decorated box, manual craftsmanship has guided the creation of this collection of scented candles, expressing the intimate memories of these special places. 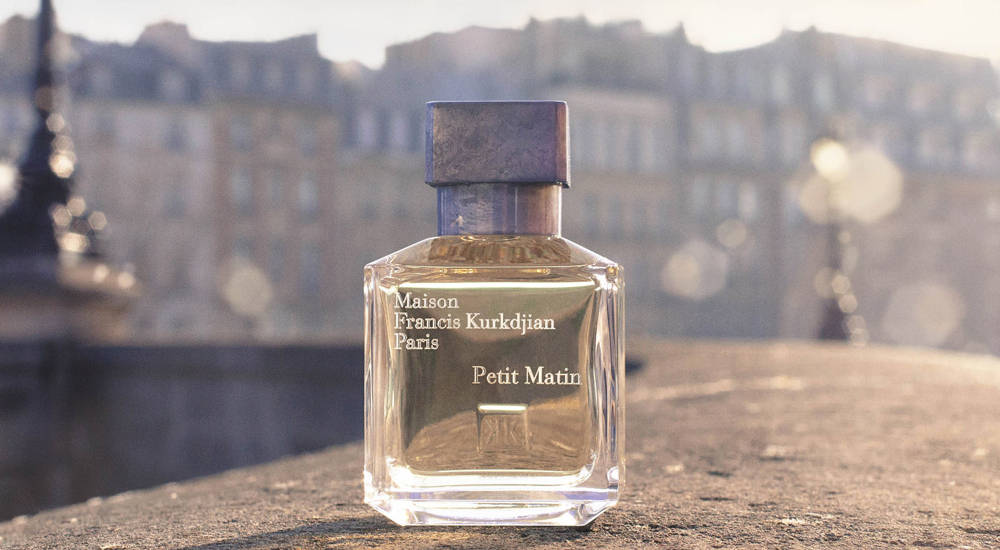 Paris, 2017-Mar-23 — /EPR Retail News/ — Motivated by a shared vision of French perfume making and the creativity that inspires it, LVMH and Maison Francis Kurkdjian have announced their association in order to jointly pursue the long-term development of the fragrance House. Under the agreement LVMH will acquire a majority share in Maison Francis Kurkdjian. Marc Chaya and Francis Kurkdjian will continue in their current roles as Chief Executive Officer and Creative Director, respectively, and will remain shareholders of the company.

Maison Francis Kurkdjian has since its founding in 2009 created contemporary fragrances characterized by excellence, savoir-faire and audacity. Consistent with the vision of the two founders, Maison Francis Kurkdjian is emblematic of a new generation of exclusive and atypical fragrance Houses. The House’s fragrance collection is conceived as a “fragrance wardrobe”. Committed to uncompromising quality in the unique tradition of French fine perfumery, the House at the same time proposes a contemporary vision of the art of creating and wearing perfume. Maison Francis Kurkdjian is currently present in 40 countries and in 2016 became a member of the Comité Colbert, the association that promotes French luxury and art de vivre around the world.

Internationally-renowned perfumer Francis Kurkdjian has designed visionary fragrances that meld exacting quality and contemporary flair for leading names in beauty and fashion. He has in particular collaborated with several LVMH Houses, including Acqua di Parma, Christian Dior, Guerlain and, most recently, Kenzo. For more than 20 years he has explored new creative territories in fragrances through his own bespoke fragrance atelier, collaborations with artists and pop-up installations. Francis Kurkdjian received the honorary title of Chevalier des Arts et Lettres in 2008. A former partner at Ernst & Young in Paris, Marc Chaya has been part of the perfumer-manager duo that has led Maison Francis Kurkdjian since they founded it in 2009.

The acquisition by LVMH of a majority interest in Maison Francis Kurkdjian will allow the fragrance House to pursue its growth, in particular in international markets, fully respecting its distinctive character, uncompromising quality standards and creative freedom.

“We share the same spirit of creativity, excellence and entrepreneurial drive as the LVMH Group. This rapprochement is built on a shared vision and we will continue to guide the future of our House as part of an exceptional Group,” says Marc Chaya, co-founder of Maison Francis Kurkdjian.