Barcelona, 2016-Jul-19 — /EPR Retail News/ — MANGO is continuing with its strategy of launching a new print campaign every month in order to reveal the latest trends. The first of the 4 campaigns for AW16, to be launched globally at the end of August, features Roos Abels and Lexi Boling on the streets of New York.

MANGO is committed to continuing to innovate via digital platforms, and this campaign has gone further by putting social networks at its heart. Part of the campaign has already been revealed on the brand’s Snapchat (mango) and Instagram (@mango) platforms with a live broadcast of previously unseen footage from the photo shoot, which also reveals key garments being featured by MANGO during the first month of the upcoming season.

In addition, the brand will launch its official Spotify channel in late August, which will be updated each season with the songs featured in the Mango campaigns and stores, in order to create its own playlists.

MANGO currently has close to 16,500,000 followers across all of its social network platforms, a figure which is rising season after season.

MANGO was founded in 1984 and is today one of the leading fashion groups in the world. Based in its city of origin, Barcelona, the company has an extensive store network of 800,000 m2 in 110 countries.From its “El Hangar” Design Centre in Palau-solità i Plegamans, every year it designs 18,000 garments and accessories for wearing the season’s trends. The company, which owns the MANGO Woman, Man, Kids and Violeta lines, closed 2015 with sales of 2.327 billion euros, representing a 15% increase on 2014 and an EBITDA of 170 million euros. More information at www.mango.com 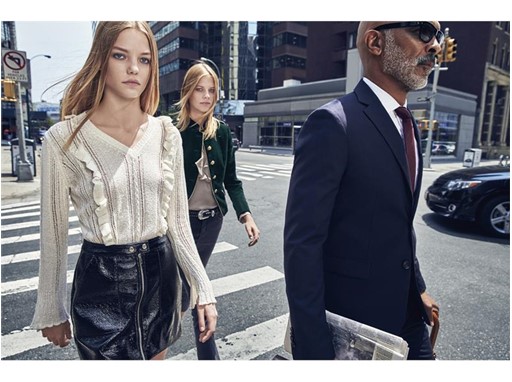