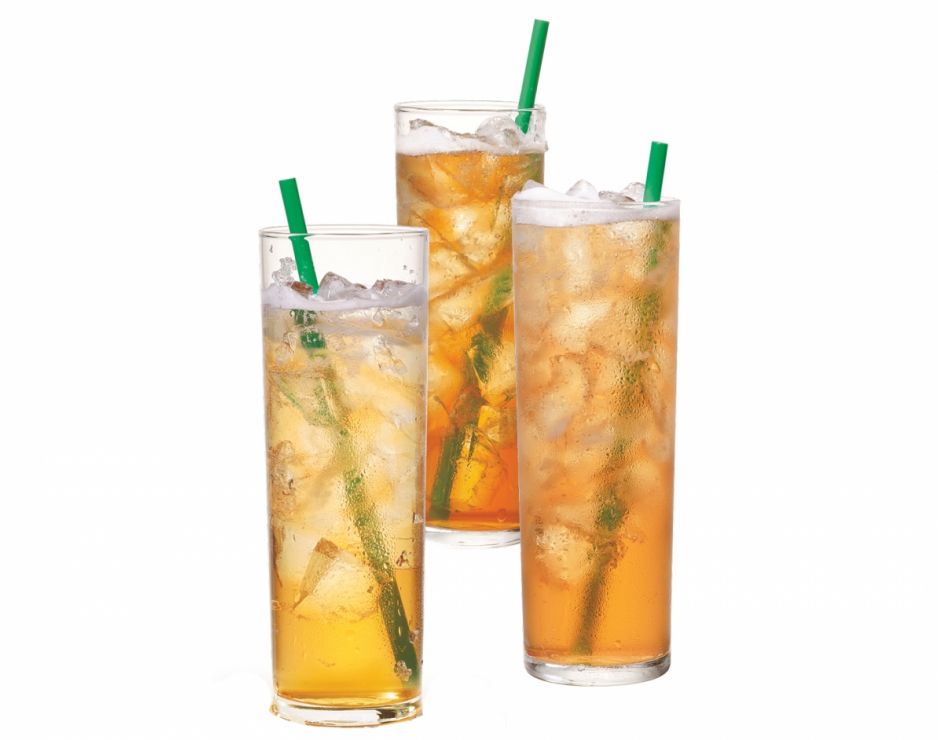 Seattle, 2017-Jul-12 — /EPR Retail News/ — Tea cocktails. Tea-smoked duck. Green tea ice cream. The essential flavors of liquors and food are often enriched by blending or cooking with tea. For Starbucks product developers Melynda Cheng and Megan Droz, infusing “tea with tea” will yield a similar result – an iced tea beverage with an enhanced, perfectly balanced taste. According to the Tea Association of the U.S.A. Inc., nearly 84 billion servings of tea were consumed by Americans last year and approximately 80 percent was iced tea. Starbucks has developed a new take on this beverage.

“You get more of a true tea experience when you flavor green, white or black tea with herbal tea made from botanicals and fruit,” said Cheng.

“Freshly steeped botanicals have subtle flavors that don’t overpower the pure and simple notes of tea, which then have a chance to shine through,” added Droz.

More than a year ago, the duo embarked on a journey to transform the way iced tea is crafted and flavored and today (July 11), Starbucks introduces Teavana® Shaken Iced Tea Infusions, containing tea, fruit and botanical blends, slightly sweetened with liquid cane sugar. These new shaken iced teas are made without artificial flavors and sweeteners and are 45 calories for a Grande-sized (16 fluid-ounce) beverage. Pineapple Black Tea, Peach Citrus White Tea and Strawberry Green Tea will be available year-round at participating Starbucks® company-operated and select licensed stores in the United States and Canada. Customers in North America can try a complimentary Tall (12 fluid-ounce) Teavana Shaken Iced Tea Infusion during “Free Tea Friday” on July 14 from 1-2 p.m.

From ideation to creation

Cheng, who was educated at New York’s Culinary Institute of America, and Droz who graduated from Central Washington University with a degree in food science, took the lead in developing the new beverages. They set out to address the growing number of Starbucks customers who order their iced tea unsweetened and explore a tea-on-tea concept to reinvent the way iced tea is flavored.

“We realized we could appeal to our tea customers looking for ways to customize their tea just as coffee drinkers do with their espresso beverages,” said Cheng. “Unlocking tea from sweetness and honing in on flavor was one way to achieve this goal.”

“We tried hundreds of combinations,” said Droz. “We know when flavor notes are complementary after tasting so many beverages and food over the years as part of our work. We identified flavors that stood out against tea as well as those that were buried by it.”

“The fruit and botanical blends of pineapple, peach citrus and strawberry take the place of sweeteners for a lighter mouthfeel and more delicate flavor than other iced tea beverages,” said Droz. “It’s possible to mix and match the different infusions because the flavors are all complementary to our core Teavana black, green, herbal and white teas.”

Customers can choose to customize any iced tea beverage with the flavors of pineapple, peach citrus or strawberry by asking their barista to create a beverage specific to their taste preferences.

To support the introduction of the new Teavana Shaken Iced Tea Infusions, Starbucks will launch a multi-faceted advertising campaign under the theme “Good Feels Good” that will be shared across print, online, television and digital channels starting today. The campaign celebrates and explores the universal human truth of how feeling good makes one feel.

“We are excited about the quality and innovation in our Teavana Shaken Iced Tea Infusions and wanted to create a campaign that makes people feel the way the tea makes us feel, which is really good,” said Leanne Fremar, Starbucks senior vice president and executive creative director.

Starbucks enlisted the support of prolific director Dave Meyers and music artist Perfume Genius, along with a cast of 17 people from diverse backgrounds who are representative of Starbucks baristas, customers and everyday people. Featured in the campaign are poet, artist and speaker Cleo Wade; author and artist, Dallas Clayton; and United States Marine Veteran, Kyle Carpenter. Also featured are other vets, students, artists, innovators, risk takers and those who are simply doing inspiring work.

“There are lots of ways to represent tea and from the perspective of Teavana at Starbucks, this is a creative way to express the new Teavana Shaken Iced Tea Infusions, a product line that is made with so much integrity,” Fremar said. “That’s a real differentiator for us as a brand.”

SEATTLE, 2015-7-7 — /EPR Retail News/ — Imagine a quiet summer evening, having dinner outside with a bright beautiful garden in view. That setting is the inspiration behind Teavana® Shaken Iced Mango Black Tea Lemonade – a new beverage being offered for a limited time in participating Starbucks® stores across the U.S. and Canada, beginning today (July 7).

“We thought about what we would be doing and eating during the summer,” said Megan Droz, Starbucks senior product developer, Beverage and R&D. “We also considered the many Teavana® tea flavors and how we could make interesting combinations with them.”

Droz and team began with a long list of summer experiences and paired them with different flavor ideas. They gradually narrowed down their ideas until they arrived at the best combination for the new beverage.

“We always start with the experience first, not the flavor,” said Droz. “That gives us a much stronger connection to the beverage we create because the flavor is rooted in a feeling, in something special that has occurred.”

The Teavana® Shaken Iced Mango Black Tea Lemonade is a delicious blend of premium black tea, juicy mango, sweet passion fruit, and a splash of lemonade. Starbucks baristas will shake the beverage a minimum of 10 times in order to release the drink’s vibrant flavors.

There are many varietals of mango, so Droz had to select the one with the best taste. She looked for other flavors to accent the taste of the mango as well. The right balance of tartness to sweetness was also very important. The ideal beverage is mouth-watering and thirst-quenching.

“When it comes to iced tea, we strive for a very refreshing beverage,” said Droz. “We also want it to be ’cravable,’ so customers come back for more.”

Thanks to collaboration with Naoko Tsunoda, tea authority and director of tea development at Teavana, Droz had the perfect black tea for the new beverage. Teavana uses premium loose leaf tea and high quality ingredients that create innovative blends.

“We are excited to learn what customers think of the Teavana® Shaken Iced Mango Black Tea Lemonade,” said Droz. “I’m proud to have been a part of its development.”

A Teavana Mango Black tea beverage is available at Teavana stores across the U.S. and Canada. In addition, a Mango Black loose leaf tea can be purchased at Teavana® stores and online at Teavana.com, so customers can easily brew premium iced tea at home, capturing the same great taste. The loose leaf tea combines Ceylon tea from Sri Lanka, Chinese Black tea from the Hunan Province, three types of mango, and passion fruit. This blend is great on its own or when combined with Teavana’s Limeade Twist, Peach Tranquility, or Golden Monkey Black Tea.