Pasay City, Philippines, 2016-Jun-06 — /EPR Retail News/ — Michael Martinez is back. After turning his focus towards gruelling competitions and religious training abroad for an entire year, Michael has returned to his home country to fulfill his dream of imparting his knowledge and skills in the rink to young skaters. “It has always been my hope to begin a formal program in the Philippines in which I could help raise more Filipino figure skaters ready for the international arena,” says Martinez.

In collaboration with SM Lifestyle Entertainment, Inc. (SMLEI), Martinez and SM Skating will be holding a 3-day camp on June 15-17 at Mall of Asia and June 30 – July 1 in SM Seaside City Cebu. “We at SM Skating would like nothing more than to support Michael in his dream to develop budding skaters into Olympic athletes,” notes SMLEI Sports and Development Head CJ Suarez, “We hope to have this camp in place annually during Michael’s off-ice seasons. We are also creating full-production, free ice shows starring Michael and the 2015 Philippine national champs. There will be a meet and greet after each show. We hope that this doesn’t only create an interest in the sport, but also create a bigger spark in skaters to give them a push towards training harder for the gold medal.” The ice show and meet and greet will take place in Megamall on June 18 and July 2 in SM Seaside City Cebu.

After the last leg of the camp and ice shows in July, Michael will head back to the United States to prepare for the next competition season in August.

About SM Skating
Starting as a leisure rink built by the inspired Henry Sy Sr. whose interest was piqued by the grace and class of figure skating, the SM Skating Rink possesses the only Olympic sized ice skating rinks in the entire country. Aside from being a venue for events and leisurely skating, the SM Skating Rink also provides lessons for Figure Skating, Ice Hockey, and other sports on ice. Proving right of Henry Sy Sr.’s vision of a tropical country excelling in a winter-based sport, the SM Skating Rink has been home to world class figure skaters, such as Michael Martinez, who internationally compete in prestigious championships such as the Winter Olympics in Sochi. This year, the SM Skating Rink will introduce more sports and activities to learn on the ice, and events that will cater to the existing and new winter-based sports. 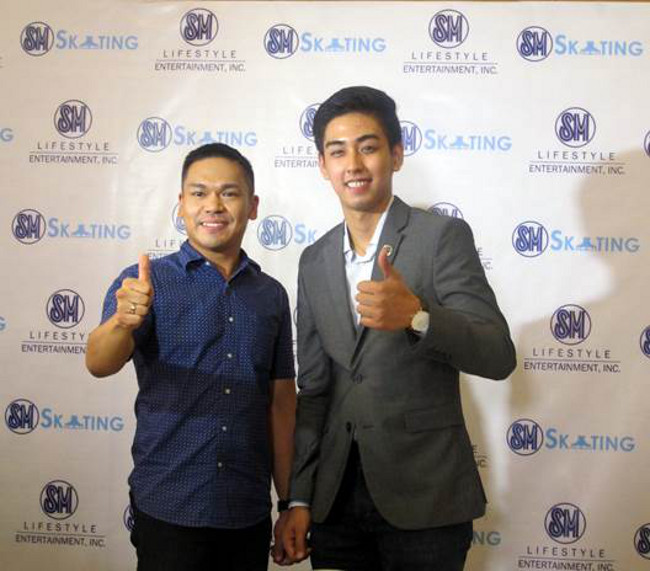 Filipino Olympian figure skater Michael Martinez has returned to hold a 3-day skating camp, and to perform ice shows with succeeding meet and greets for his supporters.