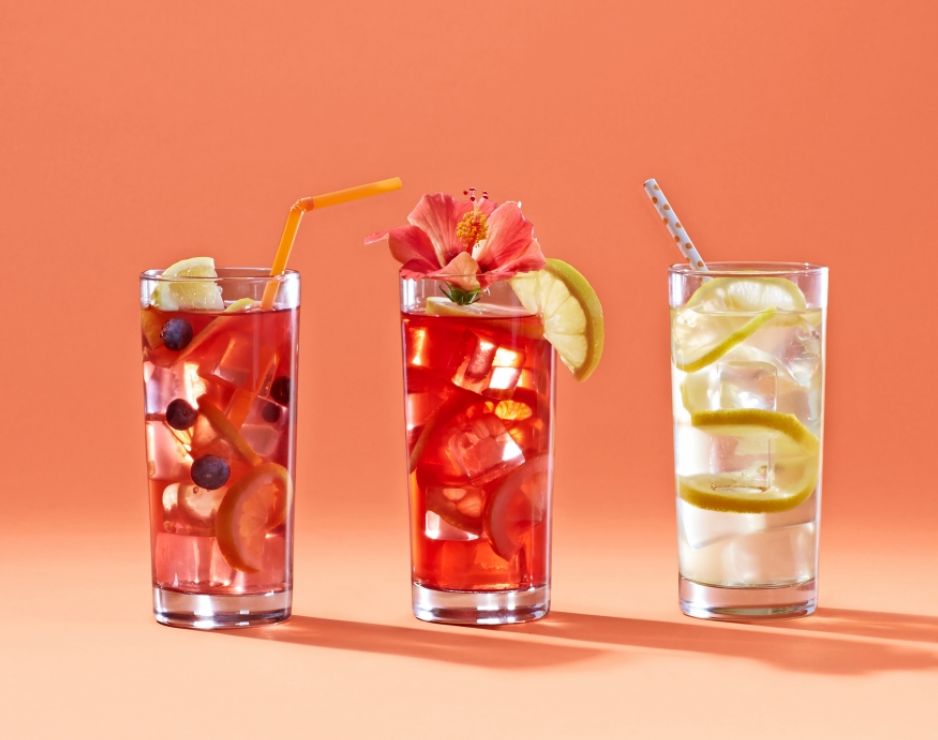 Teavana® specialty retail locations offer a trio of caffeine-free loose leaf tea lemonades that are an excellent source of Vitamin C. They can be brewed and enjoyed alone or blended with other teas to create customized flavors.

Teavana® specialty retail locations offer a trio of caffeine-free loose leaf tea lemonades that are an excellent source of Vitamin C. They can be brewed and enjoyed alone or blended with other teas to create customized flavors.

For creative ways to enjoy the taste of lemonade, Evolution Fresh collaborated with lifestyle bloggers from Peaches to Pearls and Eat Drink Shop Love to create two recipes featuring Organic Strawberry Lemonade – one for kids of all ages and the other specifically for adults.

LANCASTER, Pa. , 2016-Aug-17 — /EPR Retail News/ — Auntie Anne’s®, the world’s largest hand-rolled soft pretzel franchise, is continuing its efforts in the fight against childhood cancer with a coast-to-coast fundraising event on National Lemonade Day. On Saturday, August 20th, a portion of every sale of the pretzel maker’s famed old-fashioned lemonade will be donated to Alex’s Lemonade Stand Foundation (ALSF).

This special, one-day event is taking place in conjunction with the brand’s fifth annual in-store fundraising campaign that kicked off earlier this summer. Between now and September 11, 2016, Auntie Anne’s hopes to raise more than $500,000 to help fund childhood cancer research by encouraging guests to purchase paper pretzel ribbon icons for $1 in support of ALSF. One hundred percent of the proceeds from the ribbons will be donated to the charity. As a token of appreciation to guests who help “give hope” via the ribbon campaign, Auntie Anne’s will provide a $1 off coupon for their next purchase of any pretzel product or drink.

“From the start, Auntie Anne’s has been rooted in a culture of caring for others. Auntie Anne and Jonas Beiler founded the company in 1988 to raise funds for a family counseling center that they later opened, and this tradition of giving back continues today with our amazing Alex’s Lemonade Stand Foundation partnership,” said Heather Neary, president of Auntie Anne’s. “We are proud and honored to partner with ALSF and support the mission of the foundation’s founder, Alex Scott – a cure for childhood cancer.”

Beyond its pretzel snacks, Auntie Anne’s is well-known for its own refreshing lemonade, which is sweet enough to make any day feel like summer. Available now for a limited time, guests can try the new Wild Berry Lemonade Mixer, a refreshing beverage made with strawberries, raspberries and blackberries. Auntie Anne’s also carries an array of guest favorite lemonade mixers in assorted fun and fruity flavors including Blue Raspberry, Cherry, Mango, and Strawberry.

Both based in Southeastern Pennsylvania and known for their lemonade, Auntie Anne’s and ALSF began their partnership in 2011. Since then, Auntie Anne’s has helped ALSF raise more than $2.4 million through in-store fundraising campaigns, coin canisters, local events, and the annual Auntie Anne’s C.A.R.E.S. Charity Golf Tournament. These donations have funded more than 48,000 hours of cancer research.

About Auntie Anne’s®:
At its more than 1,600 locations around the world, Auntie Anne’s mixes, twists and bakes pretzels from scratch all day long in full view of guests. Auntie Anne’s can be found in malls, outlet centers, and Walmarts, as well as in non-traditional spaces including universities, airports, travel plazas, amusement parks, and military bases. In addition, it has extended the brand onto retailers’ shelves and also serves as a distributor for fundraising products. Available at select retailers nationwide, pretzel fans can enjoy Auntie Anne’s prepare-at-home products, from frozen Classic and Cinnamon Sugar Soft Pretzels and Pretzel Nuggets, to frozen Pretzel Dogs and Pretzel Pocket Sandwiches, to a versatile Pretzel Baking Kit. For more information, visit www.auntieannes.com, or follow on Facebook, Twitter and Instagram.