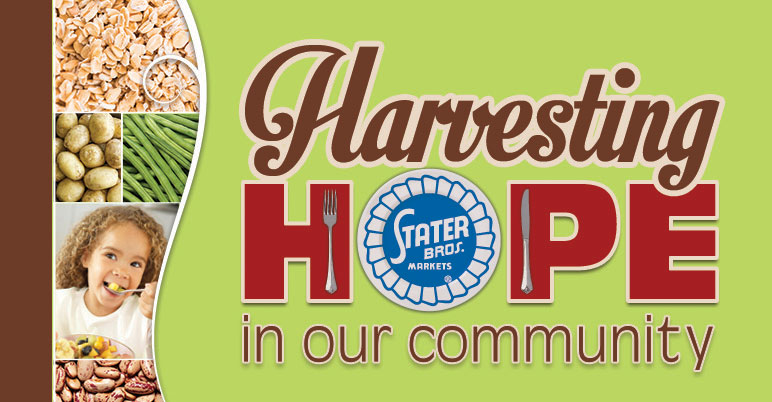 San Bernardino, California, 2017-Nov-04 — /EPR Retail News/ — Throughout the months of November and December, Stater Bros. in conjunction with its charitable arm Stater Bros. Charities will be “Harvesting Hope“  in the valued communities Stater Bros. serves. All 171 Stater Bros. supermarket locations will provide four convenient ways for customers and employees to help their friends and neighbors in need this holiday season.

“Stater Bros. has always believed in not just doing business in the community but being part of the community and we are proud to partner with area food banks and local non-profit agencies to serve the needs of our local communities,” said Pete Van Helden, President and CEO of Stater Bros. Markets.

Stater Bros. Charities is a 501(c)(3) non-profit organization that supports critical needs in the communities where Stater Bros. employees live and work.  Since 2008, Stater Bros. Charities has provided funding to countless local organizations and causes that benefit hunger relief, children’s well-being, education, health, help for our nation’s veterans and active service members.  Funds are raised throughout the year from generous customers, supplier friends, and caring members of the Stater Bros. Supermarket Family.

Stater Bros. was founded in 1936 in Yucaipa, California, and has grown steadily through the years to become the largest privately owned Supermarket Chain in Southern California and the largest private employer in both San Bernardino County and Riverside County.  The Company currently operates 171 Supermarkets, and there are approximately 18,000 members of the Stater Bros. Supermarket Family.  For more information, visit staterbros.com.